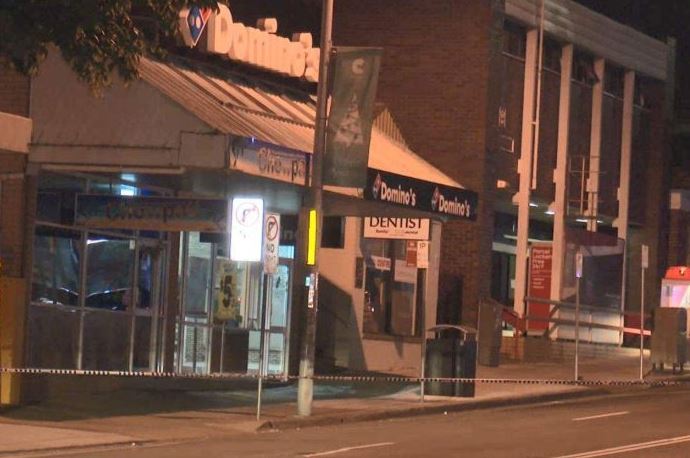 It was business as usual at the Domino's outlet in Wentworthville until shots rang out and an employer was wounded. ABC

A pizza restaurant employee who walked to a police station after he was shot in the chest and hand in Sydney’s west has been hailed a brave man by police.

The 21-year-old was working at the Domino’s restaurant in Wentworthville in the early hours of Sunday morning when he was confronted by an armed man, NSW Police say.

The man made demands for money before shooting the employee in the hand and chest and fleeing the scene.

With the help of another employee, the 21-year-old walked some 450 metres to Wentworthville Police Station.

“It’s quite amazing in the fact that he was able to walk and seek assistance,” Inspector Matthew Hyde told reporters in Sydney on Sunday.

The man is in a serious but stable condition at Westmead Hospital.

A Domino’s spokesperson said the Wentworthville store was closed until further notice.

“An armed thief approached staff about 1:30am this morning, demanding money before one team member was shot,” the spokesperson said.

The chain said they would provide support to the victims of the robbery.

Anyone with information about the robbery or the shooting should come forward, NSW Police said.