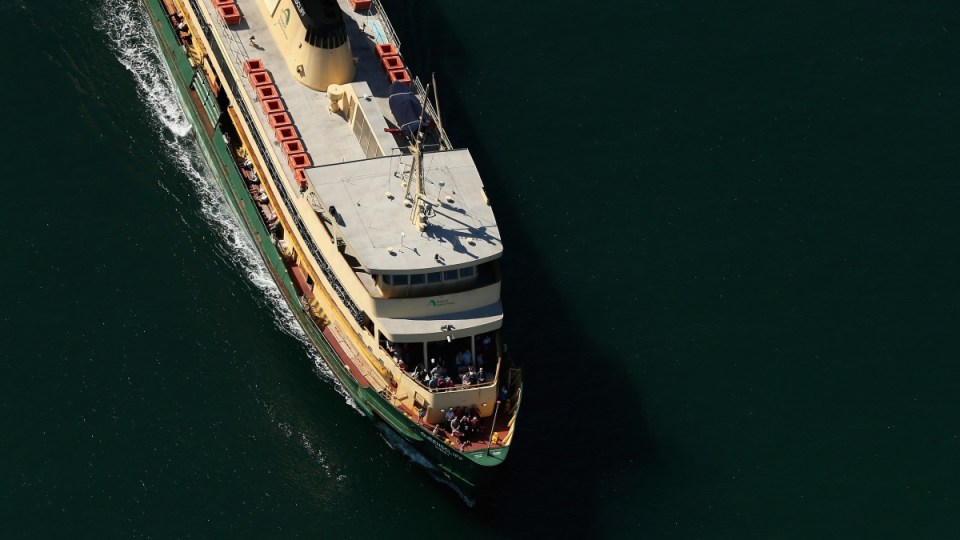 This is the third incident involving a Sydney ferry this year. Photo: Getty

A Manly ferry has crashed into a private yacht in Sydney Harbour.

A New South Wales police media spokesperson told The New Daily there had been no fatalities, but two or three people had sustained minor injuries in the incident.

The spokesperson said ambulance paramedics had attended to the individuals, but could not provide more information about the nature of the injuries.

The two vessels crashed near Fort Denison about 2.30pm on Sunday, throwing two people from the yacht into the water. They were able to climb back onto the yacht after the incident.

The skipper also suffered bruising to his head and leg but remained with the yacht after it was towed to nearby Rushcutters Bay, Detective Chief Inspector Todd Cunningham said.

“We’re still investigating the matter … at this stage it’s difficult to tell who was at fault,” he told reporters in Sydney.

“Both the master of the yacht and the ferry were breath tested with a negative result.”

The Manly ferry vessel Narrabeen continued to Manly after the collision.

The yacht was carrying 12 adults and two children at the time but was licensed to hold up to 17, police said.

One man suffered a chest laceration and was treated at the scene, while a woman with a leg injury was taken to hospital in a stable condition along with a man who was experiencing chest pain.

Those who fell overboard were not wearing life jackets, police said.

Chief Insp Cunningham said the collision was an important reminder for all boating enthusiasts to make sure they had access to the right safety equipment.

“Whether you’re in a recreational vessel or a commercial vessel … it’s important to be aware of what’s going on on the water,” he said.

The aftermath of a collision between a yacht and ferry in Sydney Harbour this afternoon. At least three hurt. More details at 6 @7NewsSydney pic.twitter.com/VZbrWwKrL6

It’s the third incident involving a Manly ferry in just over three months.

At the time, the company said it was not clear how the accident happened and crew would be tested for alcohol and drugs.

At the beginning of December, a packed Manly ferry crashed into Circular Quay and two people were injured.