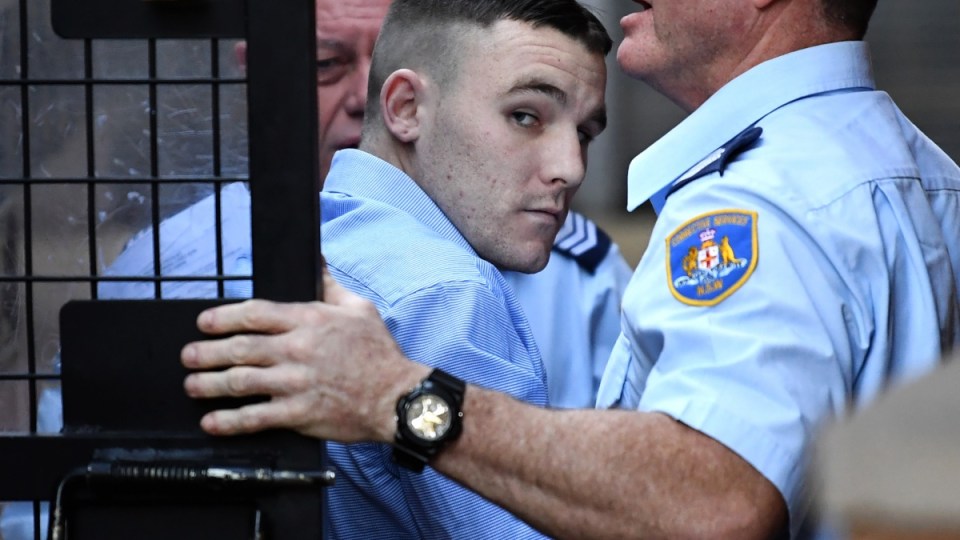 Two friends have been jailed for at least 16 years for the murder of a man chased through Sydney backyards before being repeatedly stabbed.

By pure chance on the night of Valentine’s Day 2015, George Garmo and his girlfriend walked past the Sydney home of a family being visited by his fearful enemy.

Within less than 30 minutes, the 20-year-old was lying dead on a nearby footpath having been chased through the yards of local houses and then stabbed eight times.

Friends Wade Martinez, 24, and Jake Tortell, 21, were each jailed for at least 16 years on Tuesday, after being found guilty in April of the murder at Bossley Park in Sydney’s west.

In sentencing them in the NSW Supreme Court, Acting Justice Jane Mathews found there had been significant animosity between Martinez and the victim, but that Tortell was the stabber.

“Indeed, on all accounts, Mr Garmo had been responsible for at least two and possibly more drive-by shootings at Mr Martinez’s family home,” the judge said.

“Clearly, as the crown submitted, Mr Tortell committed this offence in order to assist his friend Mr Martinez, who felt threatened by (Mr Garmo).”

In finding Martinez also guilty of murder, the jury accepted there was a joint criminal enterprise between the men to at least inflict serious harm on Mr Garmo.

At about 10.05pm, Mr Garmo and Nicole David happened to walk past the Bossley Park house.

Martinez, who also was found guilty of reckless wounding in company, came out holding a large knife.

During the ensuing confrontation, Martinez cut Mr Garmo’s fingers, leading the injured man to run off down the street.

He was picked up nearby by Ms David and friends, but soon after their car was blocked by a vehicle containing Martinez and Tortell.

Mr Garmo got out and ran through the yards of private homes.

“Police were able to detect his movements because of the blood trail he left, caused by his earlier hand injuries,” the judge said.

While no one witnessed the fatal stabbing, she said all the evidence pointed to Tortell being the stabber after having chased the victim.

She accepted evidence that in late 2014, a friend of Martinez’s passed on a threat from Mr Garmo to “get” him.

She also referred to a psychiatric report which found Martinez had been “severely traumatised” as a result of Mr Garmo’s previous actions.

Nevertheless, on the day in question, the unarmed Mr Garmo did nothing to provoke the violence, she said.

Mr Garmo’s father previously told the court that his son was killed two weeks before his birthday, so instead of celebrating his 21st he had to organise his funeral.

“For the rest of our lives we will continue to wonder what George would be like at each birthday and every milestone,” Harith Garmo said.

The judge set a maximum term of 22 years.