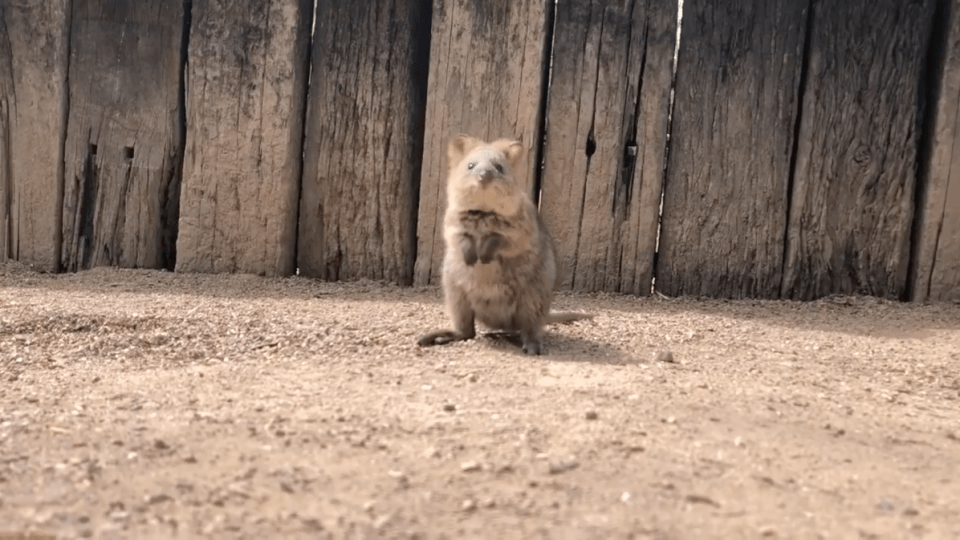 The first baby quokka to be born at the Australian Reptile Park has taken her first hops just in time for the Christmas school holidays.

Cinnamon was born in August and after spending a few months in her mum Coco’s pouch took her first hops in the NSW Central Coast wildlife sanctuary this week.

The tiny joey, known for its rounded fluffy ears and big smile, will now play an important role in the conservation breeding program to ensure the protection of quokkas.

The zoo keepers were delighted to find Cinnamon’s parents Coco and Basil getting spicy together in March, after just one year from arriving at the park.

The status of the species continues to be listed as “vulnerable” on the IUCN Red List of Threatened Species, while Australian mammals have the worst extinction rate in the world.

“The quokka’s notoriety worldwide is important as quokkas have reduced in great numbers in southwestern Australia due to feral animals like foxes and cats,” the park’s general Manager Tim Faulkner said in a statement.

Thanks to their large and cheeky grins often pictured in selfies, the Australian mammal has been lovingly dubbed the happiest animal in the world.