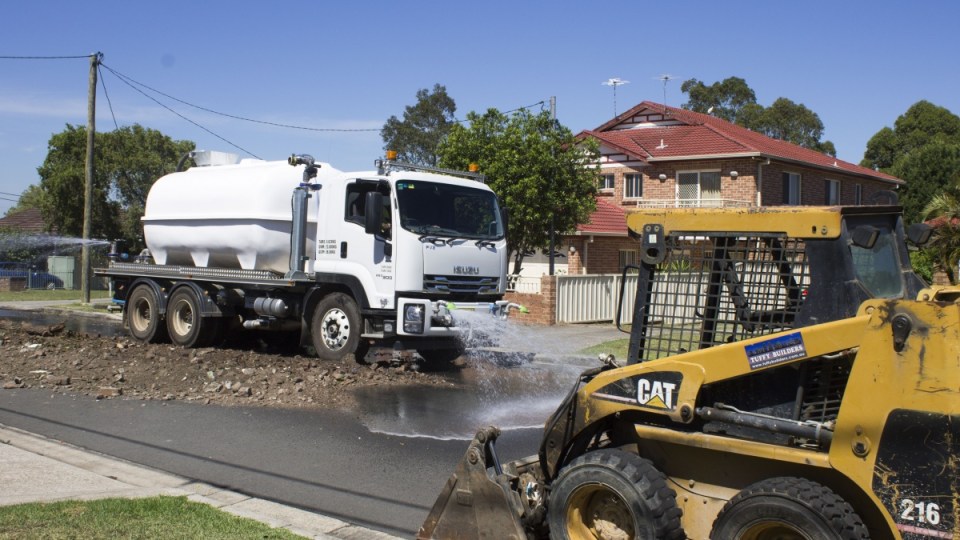 Eight tonnes of asbestos-contaminated waste has been dumped in a suburban western Sydney street with authorities investigating several leads in the hunt for the culprit.

Firefighters and police were called to Chester Hill on Monday following reports of the dumping that stretched 40 metres along the residential street.

A few small pieces of what is believed to be asbestos was found and sent away for testing after Patricia Street was closed to allow for a safe removal of the potentially dangerous material.

The rest of the material was mostly concrete, soil, and some green waste, all of which was removed by a combined-council illegal-dumping squad, on Monday morning.

The Sydney Regional Illegal Dumping (RID) Squad is investigating the incident with squad manager Darryl Atkins saying there are already several strong leads and more are expected after they speak with residents.

“They [residents] often provide valuable information which assists in leading to the culprits and I am confident that will be the case again here,” Mr Atkins said in a statement on Monday.

“They [people] are seeming to want to cut corners and this is just not an appropriate material or place to undertake this sort of work. It’s dangerous, it’s hazardous, and obviously, it impacts local residents as well.”

The clean-up will cost the council about $5000 but the culprit could face fines ranging from $2000 for an individual to $4000 for a company, on top of clean-up costs.

The Environment Protection Agency is also investigating the incident, while anyone with information, or with dash-cam footage of a tip-truck in the area at the time is asked to alert authorities, police said.

“This is a very significant step but it’s absolutely warranted as the number of asbestos discoveries in the mountains, and council’s poor asbestos management, are alarming,” Mr Kean said.

“Wentworth Falls Pre-School has been closed by SafeWork until it’s safe for the children to return,” Mr Kean said.

“At other sites, SafeWork has ordered council to take immediate measures including exclusion zones to ensure safety.”