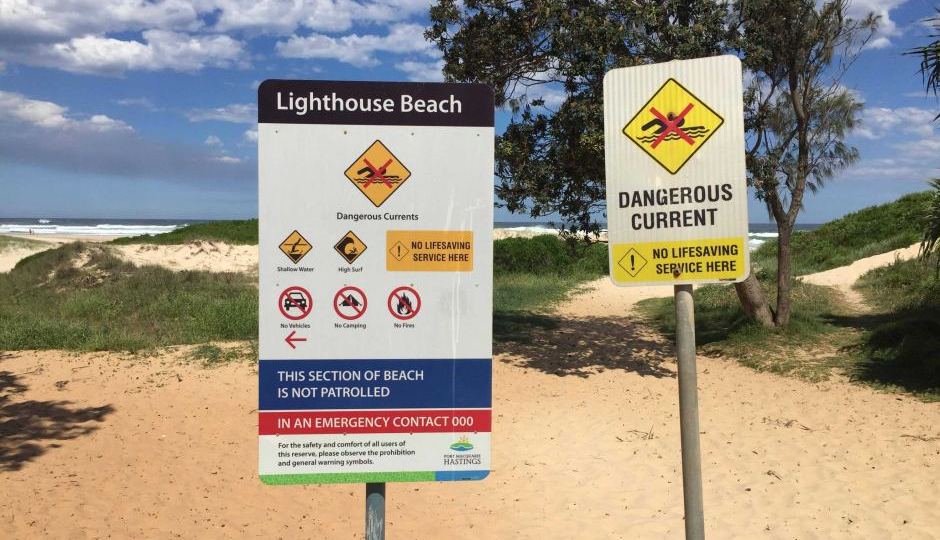 Police have "grave concerns" for the boy, who travelled to Port Macquarie from the ACT. Photo: ABC

Despite more than 24 hours of frantic searching by water police and rescue crews, hopes are fading of finding an 11-year-old boy dragged out to sea on the NSW mid-north coast.

The boy had been walking with his 17-year-old brother in shallow water on unpatrolled Lighthouse Beach at Port Macquarie when he was caught by a rip about 1.30pm on Wednesday.

The search continued until nightfall, with no sightings of the boy from the ACT, and will resume on Friday morning.

Police searched from Tacking Point lighthouse in the north to Camden Haven, about 20km south, and three nautical miles out to sea, a NSW Police spokeswoman told AAP on Thursday.

But Detective Inspector Guy Flaherty told the Seven Network the chances of finding the boy alive were falling.

“At this stage we’ll continue to run the search operation but as each hour goes past, it is moving towards a recovery operation,” he said.

The boy’s mother could only watch as the boy, who was waist-deep in water, was sucked into the surf, while the older brother tried to rescue him, NSW Ambulance Superintendent David Horseman said on Thursday.

“He (the big brother) really did try and do a great job there, unfortunately, he wasn’t able to do anything further,” Superintendent Horseman told the Seven Network.

“He got exhausted from the experience as well and was treated by paramedics at the scene.”

Ambulance crews and Marine Rescue vessels including a jetski and a Surf Life Saving drone scoured the area after he disappeared, but were forced to abandon the search at nightfall on Wednesday.

Officers are also maintaining a presence on the beach and divers are entering the water, images posted on social media by NSW Police show.

Around 20 surf lifesavers and lifeguards are also involved in the search effort which involves three local surf lifesaving clubs.