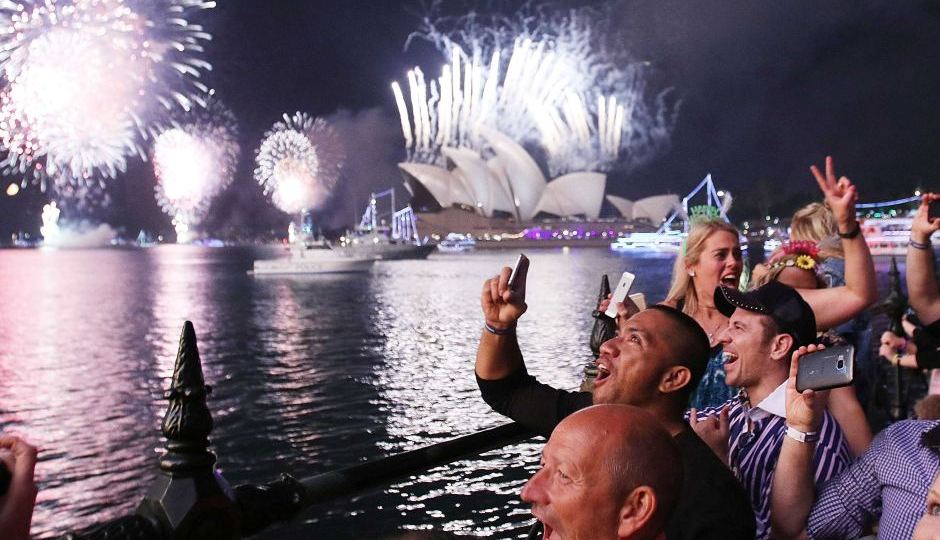 The spectacle aims to send a message to the world that Sydney supports LGBTI people. Photo: City of Sydney

The 40th anniversary of the Sydney Gay and Lesbian Mardi Gras and the same-sex marriage vote will be celebrated with rainbow fireworks for the city’s 2018 New Year’s Eve celebrations.

A technicolour waterfall cascading off the Sydney Harbour Bridge will feature as part of the event which will be viewed by more than one billion people worldwide.

“It will be a wonderful time for LGBTI people who for too long have been discriminated against,” she said.

“I think that ‘yes’ vote really meant, across Australia, we are saying we are progressive, we support equity and we support everyone to be able to marry the person they love.”

Steve Warren who marched in the first Mardi Gras in 1978 said it was a “triple whammy” celebration.

“It’s going to be a very exciting moment for us. It will be really good to showcase what we’ve been through in Australia and to spread that message around the world.

“That there is a beacon of hope for other people in other countries where LGBTI rights have still not been achieved.

“It’s going to be a really proud exciting moment to see that on the centre stage in Sydney.”

‘Our job is to make people happy’

Designs by street artist Nadia Hernandez that include inspirational words and animations will also be projected onto the bridge.

The Venezuelan national said the themes behind this year’s designs reflect her love of her adopted home.

“The way I draw a sense of belonging really comes from the elements and the icons of the city such as the Opera House and the water or seeing a cockatoo fly.

“They’re all the things that remind you of the city no matter where you are. They’re always going to be things from where you draw your strength and that’s what home is.”

At a cost of $7 million the annual fireworks event contributes an estimated $133 million to the local economy.

Fireworks director Fortunato Foti will be in charge of more than 100,000 individual pyrotechnic effects on the night including a countdown from 10 to 1 in fireworks above the Harbour Bridge and aerial pyrograms which will appear to look like fish or serpents rising out of the water.

He says it will be the biggest New Year’s Eve event to date.

“We’re able to do a lot of research and development to come up with different effects, different ideas, different colours to make the display different.

“There’s no point saying it’s the biggest one or the best one.

“The best one is when people go away thinking ‘we haven’t seen that before’ and they go away happy. Our job is to make people happy.”