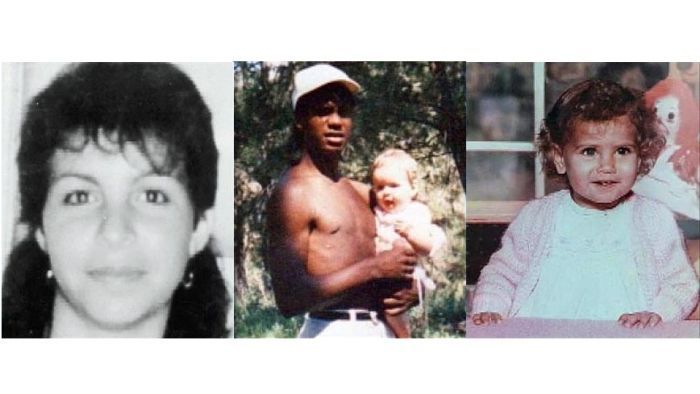 Colleen Walker (left) was one of the three Aboriginal children killed in Bowraville (Clinton Speedy-Duroux, C, and Evelyn Greenup, R).

“Any number of strangers” could be responsible for the suspected murder of Aboriginal teenager Colleen Walker at Bowraville in northern NSW in 1990, a court heard on Monday.

Colleen, 16, was one of the three Aboriginal children police say were murdered within a five-month period near the Bowraville Aboriginal mission between 1990 and 1991.

The remains of Clinton Speedy-Duroux, 16, and Evelyn Greenup, 4, were found near the town but Colleen’s body has never been located.

The Court of Criminal Appeal has been asked to decide whether the man suspected of murdering all three children should be re-tried.

No-one has ever been charged over Colleen’s death and lawyers for the Attorney-General say there is fresh and compelling evidence relating to her disappearance which justifies re-trying the man.

But defence barrister Julia Roy argued there are several potential suspects, including “any number of strangers” who were in Bowraville for a major football match the same weekend Colleen disappeared.

Ms Roy also suggested Colleen’s boyfriend could be responsible, telling the court his movements were never accounted for over the weekend the teenager went missing and police never sought a statement from him.

What is double jeopardy?

The Bowraville case is a story of political inertia, racism and fierce debate over the state’s double jeopardy laws. Find out why it’s taken so long to return to court.

Lawyers for the Attorney-General previously told the court Colleen went missing on Thursday September 13, 1990 after a party at The Mission.

Wendy Abraham QC last week told the court it was alleged Colleen had been drinking and “at various times throughout the night she was seen to be talking to [the man at the centre of today’s hearing]”.

Ms Abraham said there was evidence the man tried to pressure Colleen into having sex with him, and the last known sighting of her was as she walked to the back of the house followed by the man.

But Ms Roy rejected that theory, saying the evidence of several witnesses was inconsistent and unreliable.

Ms Roy said there was a dispute over whether Colleen was last seen on the Thursday night or the Saturday, and that she was not reported missing until the Monday.

“There was an immediate sharing of information when the community realised Colleen Walker was missing,” Ms Roy said.

Ms Roy said she did not take issue with the community sharing information about Colleen’s whereabouts but said it was a fact that “contamination [of witness evidence] did occur”.

“The contamination does create a real prejudice and a difficulty in determining what witnesses saw and what they heard,” she told the court.

The hearing is expected to continue until at least Wednesday.