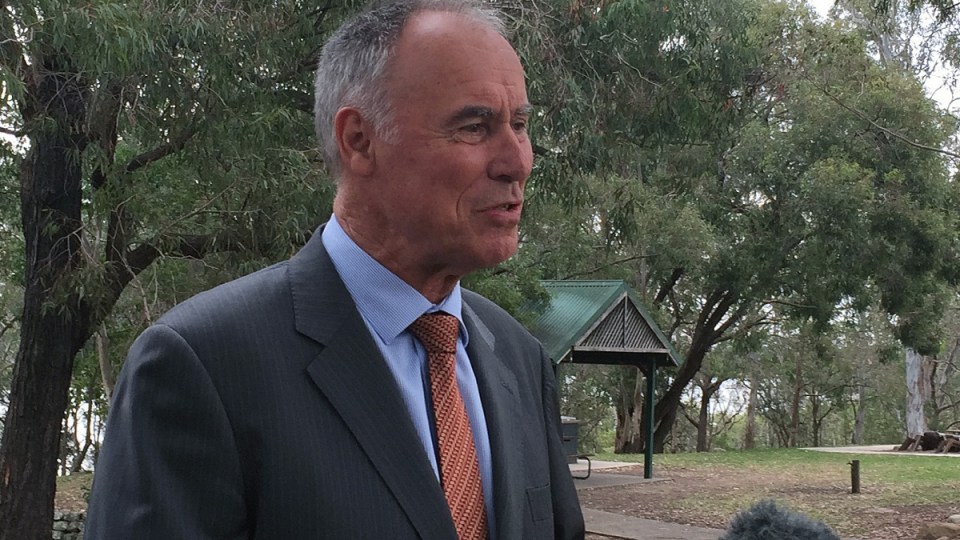 John Alexander has apologised for 'unacceptable' quips he made at a pub in the 1990s. Photo: AAP

The Liberal candidate for a crucial byelection in Sydney that could threaten the federal government’s majority has apologised after a video of him telling racist jokes emerged.

In the video, which was posted on YouTube in 2011, John Alexander can be heard telling a joke about rape and making racial quips to fellow customers at a Brisbane pub in the 1990s.

The byelection in Bennelong, in Sydney’s north, was brought on after Mr Alexander conceded he was “most likely” a dual citizen and therefore ineligible to sit in Federal Parliament.

In a statement, Mr Alexander said his jokes were “completely unacceptable”.

“More than 20 years ago I told crude and inappropriate jokes, which were completely unacceptable and I apologise unreservedly,” he said.

“There is no place for jokes about violence against women. Again, I apologise unreservedly.”

At one point, he starts a joke: “A black guy in Chicago has witnessed a rape …”

Set to be held on December 16, the Bennelong byelection looms as crucial for the Turnbull Government, which would lose its majority if the seat falls to Labor.

The candidates have been campaigning furiously in the electorate since last week, but it has not been smooth sailing for either.

At her campaign launch on Sunday, Ms Keneally complained about the closure of a Medicare branch, despite it being later revealed it was a Labor Government policy to shut it.

On Monday, Mr Alexander tweeted a photo of himself making phone calls with volunteers, but none of the handsets were plugged in.

Speaking in Eastwood, where he was campaigning with Ms Keneally, Labor leader Bill Shorten said: “The comments are crass, they’re wrong, they’re stupid, and the apology is 22 years too late.”

He said Labor had not dredged up the video to damage Mr Alexander’s campaign.