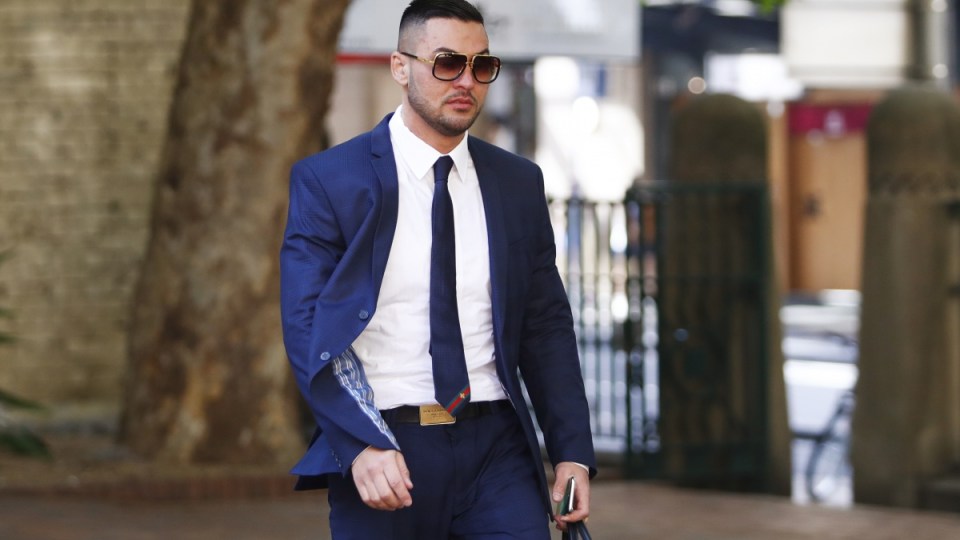 Salim Mehajer is expected to be charged over a car crash and for allegedly breaching an AVO taken out by his estranged wife. Photo: AAP

Controversial businessman Salim Mehajer has effectively been put under house arrest and been banned from using social media after he allegedly breached an apprehended violence order taken out on behalf of his estranged wife.

The former deputy mayor of Auburn was arrested on Monday morning following a car crash in Kingsgrove in Sydney’s south and charged with two counts of breaching an apprehended violence order and one count of dangerous driving.

The 31-year-old smiled when he was later granted bail at Burwood Local Court by Magistrate Joy Boulos who imposed strict conditions and said he’d effectively be under house arrest.

“Mehajer is entitled to the presumption of innocence and I do propose to grant him bail with very stringent conditions where he will be virtually on house arrest,” the magistrate said.

Mehajer has a nightly curfew from 10pm to 5am and must report to police three times a week and is banned from using any social media sites to contact his estranged wife.

He must also stay away from the Kingsgrove area where she lives.

The AVO prevents him from contacting or approaching his estranged wife Aysha Learmonth.

He was refused bail and will appear at Burwood Local Court later on Monday.

Mr Mehajer was recently involved in another car crash while he was on his way to a court appearance.

The crash overnight, in which no one was injured, comes just days after bodyguard Semi “Tongan Sam” Ngata was shot in the back ahead of a family wedding.

The former bodyguard of Sydney nightclub identity John Ibraham was found with a gunshot wound at Merrylands house on Friday night.

The shooting came as Mr Ibrahim’s nephew was preparing to wed the sister of Mr Mehajer.

Chief Inspector Bradfield Peters described the attack as “brazen”, with the suspected getaway car found burnt out in a nearby suburb.

As guests arrived for the wedding on Saturday evening, marked and unmarked police vehicles patrolling the area for fear of further violence during the nuptials.

Mr Ngata is recovering from surgery.