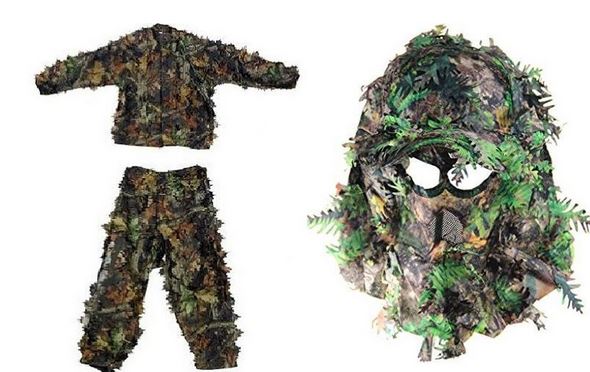 Police say a camouflage-wearing man who allegedly abducted and sexually assaulted a 12-year-old NSW girl could have other victims.

It’s alleged the man, identified as father of two Troy Johnson, wore a ghillie suit to help him blend into the environment when he grabbed the girl as she walked to school at Narara, near Gosford, on May 15.

Det Supt Howlett said he was arrested after a “very well-planned” vehicle stop at Lake Haven about 9.30pm, with police also searching a house in Woongarrah and seizing several items.

He has been charged with multiple sex offences, some relating to alleged assaults on a second girl, who is 11, between October 2016 and April 2017.

However, Det Supt Howlett said police were still investigating the attempted kidnapping in June of an 18-year-old woman, near a train station also in Narara.

She thanked the public for their help so far in the high-profile investigation and acknowledged the bravery of the 12-year-old girl, who was doing “remarkably well”.

“She has been absolutely exceptional with the detail that she’s been able to provide the investigation,” she told reporters on Saturday.

“Obviously she’s relieved that an offender has been arrested and it is of some comfort to her.”

Police say the accused man suffered a medical episode after his arrest on Friday and is expected to appear in Wyong Local Court on Sunday after he is discharged from hospital.

His charges include kidnapping with intent to commit a serious indictable offence, stalking or intimidation with intent to cause fear or physical or mental harm, aggravated indecent assault against a person under 16, grooming a child under 14 for unlawful sexual activity and producing child abuse material.

Det Supt Howlett would not say whether he lived at the Woongarrah home police searched the night of his arrest, or if they believed he was behind the alleged kidnap attempt in June.