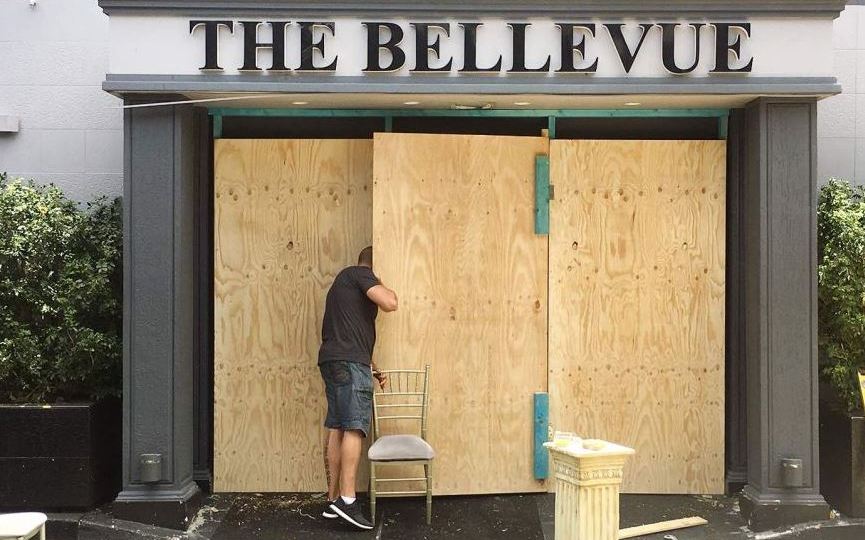 A workamn boards up the Obeid-linked reception centre in January after the second suspicious fire at the site, which is proposed for redevelopment. Photo: ABC

The lawyer for a man charged with deliberately lighting a fire at a southwest Sydney function centre linked to the Obeid family says his client will defend the charges.

Omar Jamal Eddine, 33, was arrested outside his Sydney home on Friday and charged with dishonestly for gain damage property by fire over the January 3 blaze.

His lawyer Raed Rahal did not apply for bail at Parramatta Bail Court on Saturday, but said he would make an application at Bankstown Local Court on Thursday.

“He’ll be defending these charges,” Mr Rahal said outside court.

He said it’s the first time Eddine has been in custody, but “he’s OK” and maintains his innocence.

AAP understands the reception centre is owned by the company Redpoc whose directors are Paul Obeid, son of corrupt former NSW minister Eddie Obeid, and a former business partner of the ex-MP, Walhan Wehbe.

Police on Wednesday released security footage that appears to show two men lighting fires which tore through the reception centre.

The first fire was put out relatively quickly on Boxing Day 2016 but left significant smoke damage while the second blaze, on January 3, caused major damage to the building.

Police said they were aware of a development application lodged for the site and have not ruled out its relevance.

Charges over fires at Obeid-linked site set for development