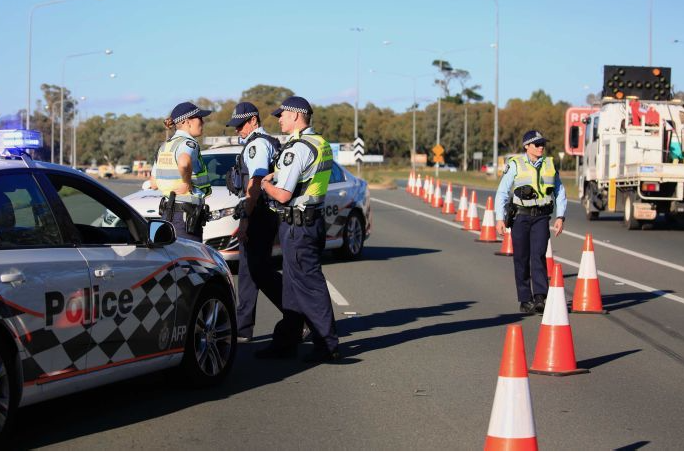 The NSW Police Joint Counter Terrorism Unit has joined the investigation into a fatal stabbing and violent spree across Queanbeyan and Canberra overnight.

Two teenage boys were arrested this morning after allegedly going on a rampage that left one man dead and another seriously injured.

NSW Police confirmed the counter-terrorism unit was investigating on Friday.

“It appears at this stage that there may be links to a modus operandi that we would suggest is indicative of a terrorist attack, inspired or otherwise, and the information at this stage is we’re focusing on one of them, not both, but information is still early and something might come out as we further investigate.

“This investigation is in its infancy,” she said on Friday. 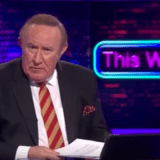 ‘Do you have any idea who you are dealing with?: BBC host’s ISIS taunt 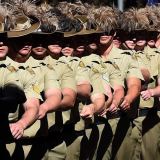 Anzac Day marches to go ahead despite anti-terror cost

Deputy Commissioner Burn said both boys were from NSW and were known to police.

Prime Minister Malcolm Turnbull told a press conference that the circumstances raised “sufficient concern” to warrant the involvement of the joint counter-terrorism team.

He said the crime was “shocking and a matter which underlines many of the concerns we have raised in this field”.

The pair has been taken to a watch house in Canberra but police plan to seek their extradition back to NSW on Friday.

The 15- and 16-year-olds allegedly stabbed a service station attendant to death at Queanbeyan around midnight before taking off with the station’s cash register and several other stolen items.

Earlier, Monaro police commander Superintendent Rod Smith said it appeared the pair, from Queanbeyan, had also been involved in a series of “absolutely horrific” attacks nearby overnight.

That allegedly included stabbing another man in the abdomen.

He was taken to Canberra Hospital in a serious but stable condition.

Another man was also bashed with a tyre iron in an aggravated break and enter, while yet another was hit with a beer bottle in a nearby park.

The pair were also allegedly involved in another attempted robbery at Oaks Estate in the ACT.

“It doesn’t need to be said but it doesn’t get much more serious than this,” Superintendent Smith said.

“We’d just like to reassure everybody that there are two people that we believe are involved and both of those people are currently in custody,” he said.

Emergency services had first been alerted to the service station stabbing by an employee after he arrived at work about midnight to find his co-worker suffering serious stab wounds.

The 29-year-old man died at the scene and Superintendent Smith said his co-worker was “obviously very shaken”.

The offenders had become locked inside the store and allegedly smashed their way out a window to escape.

Superintendent Smith said the two teenagers had been arrested following a police chase about 6:30am.

“Our police came across a silver Ford Falcon sedan and attempted to pull that car over,” he said.

“That commenced a pursuit which took place in NSW and went over the border into the ACT.

“That pursuit finished shortly after with both of those offenders being arrested without incident.”

A weapon was found in that car but Superintendent Smith said it was not clear whether it had been used in the attacks.