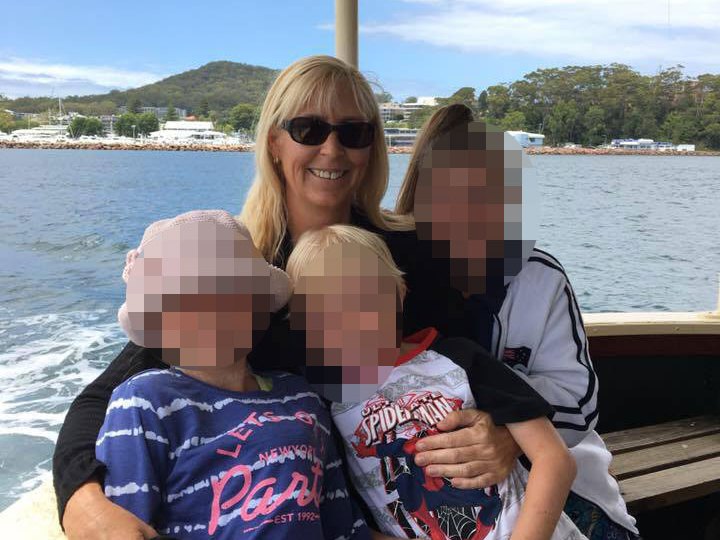 The mother who died when her car plunged into the Tweed River was trying to save her children trapped in the sinking car, it has been revealed.

Stephanie King, 43, and her three children were in the car on Monday afternoon when it veered off a muddy road in the tiny flood-ravaged town of Tumbulgum.

Mrs King was reportedly retrieved from the vehicle with one of her children in her arms.

Superintendent Wayne Starling told media on Tuesday: “The mother was trying to get one of the children out of the car when she passed away. She was holding the child.”

Superintendent Starling believed Chloe May had escaped the car with the help of her “remarkable” mother, who died trying to save her children.

“She (Mrs King) would be alive today if she wasn’t trying to save her children.”

The family is reportedly from nearby Bilambil, and the father, Matt Kabealo, worked as a chef at the Kingscliff Beach Bowls Club.

“He hasn’t been here a long time but he’s really fitted in,” he said.

“Matt and Chloe are going to need a lot of support and we’re going to do what we can.”

The club initiated a GoFundMe page as soon as it heard the tragic news and more than $10,000 was donated in three hours on Tuesday.

“I have no words, Steph was the sort of mother who would do anything for the kids, she was such a community-minded person, she would get in there and help anyone who needed a hand,” Ms Morgan told the paper.

Ms King’s car was located on Monday with sonar equipment about five metres from the northern bank of the river.

Superintendent Starling said the dark, debris-filled river meant the divers could only locate the car by feel.

“They were very worried about the vehicle moving. These police divers put their lives at risk to recover the bodies today.”

Chloe May suffered scratches and cuts during her escape.

It’s been reported the road the car was travelling on was closed and covered in flood debris, but locals continued using it to get to homes in the area.

This was denied by local pastor Rob Stuttle, who told AAP the road wasn’t closed and there were no barriers preventing traffic.

The cause of the incident is being investigated.

Tumbulgum, with a population of just 400, remains under evacuation orders.

“Many of the roads are treacherous,” SES spokeswoman Becky Gollings told AAP.

It’s the latest tragedy in a devastating few days for flood-ravaged northern NSW that’s already claimed the lives of two women, aged 36 and 64, and a man, aged 46.

‘She’s a hero’: police laud brave mum who died trying to save her kids