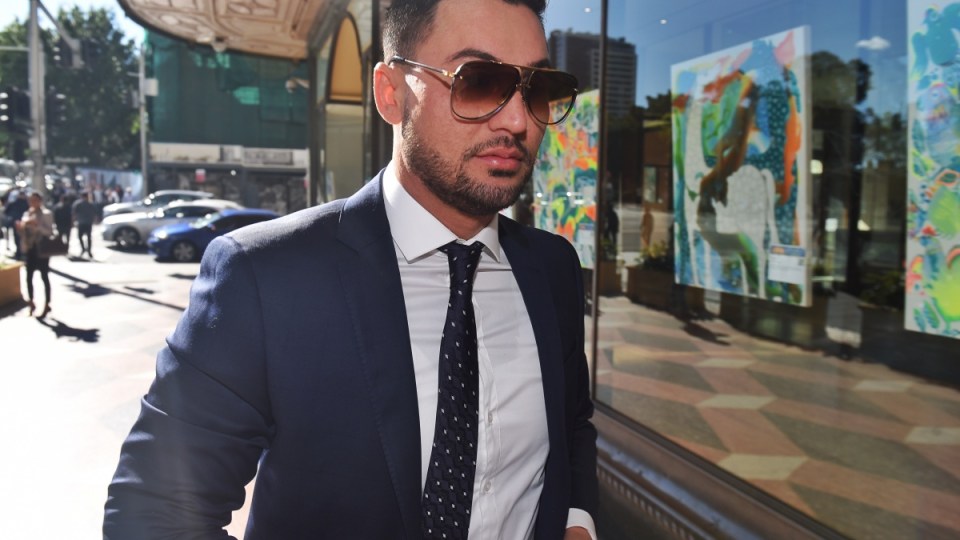 Former Auburn deputy mayor Salim Mehajer has been charged with two counts of assault after altercations with a taxi driver and a female journalist.

The 30-year-old had already been charged with assault occasioning actual bodily harm and larceny over an early-morning argument with a taxi driver outside The Star casino on Sunday.

He was released from Sydney’s Day Street Police Station later in the day, when he allegedly slammed the female reporter’s hand in the door of a car, and will now face an additional assault charge when he appears in Downing Centre Local Court on April 26.

See the footage below:

Police say Mr Mehajer was arrested in Darlinghurst about 5am on Sunday after he allegedly assaulted the 38-year-old taxi driver outside The Star casino.

The businessman was later charged with assault occasioning actual bodily harm and larceny, but his release from custody was far from smooth.

A taxi driver he had ordered to pick him up from the Day Street police station in the city refused to drive him away.

“I don’t know anything about the story, they asked me to come here – I’m not going to drive them anymore,” the cabbie says in Seven News footage of the incident.

The driver then requested police remove Mr Mehajer, but he refused and ignored an officer’s requests while holding a mobile phone to his ear.

“You’re welcome to wait in the station,” the officer said. “I can’t have you sitting in this cab in this laneway.”

Mr Mehajer refused to move, arguing the driver had a “duty of care”.

At one point during the awkward stand-off, the officer was forced to unlock the back door through the open driver’s window.