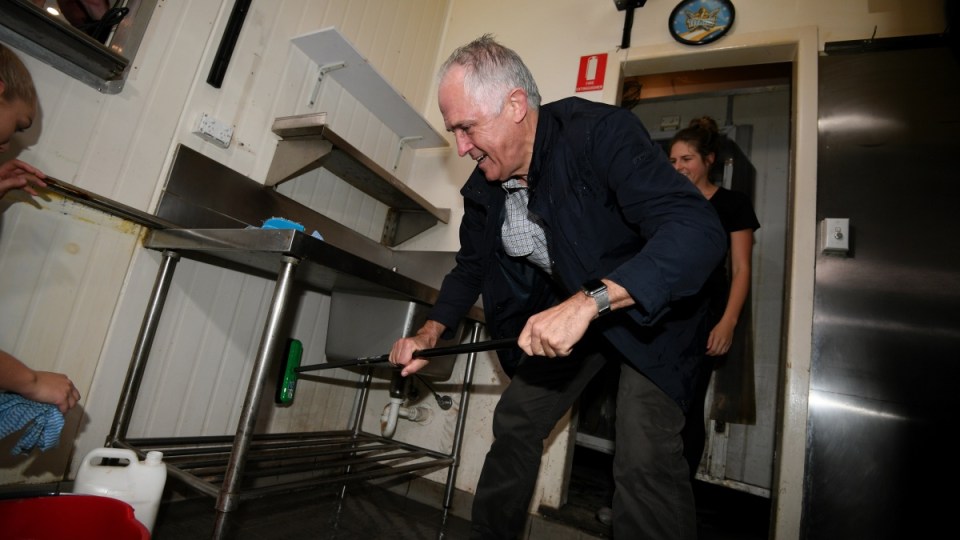 Malcolm Turnbull helps people in NSW clean up after the floods. Photo: AAP

The prime minister visited the northern NSW town of Lismore on Monday, saying he was impressed by the community spirit as the massive mop-up operation begins across Queensland and NSW.

“We have seen nature flinging her worst at Australians, but it always brings out the best in Australians,” he told reporters.

“You see the resilience of the business people here, the families here, cleaning up, getting on with life, getting recovery.”

Mr Turnbull was in Lismore’s main centre, which on Friday was under several metres of floodwater after the Wilsons River topped the town’s levee bank. 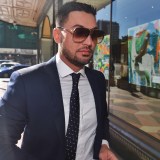 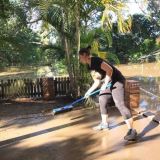 He reassured residents and business owners, who are beginning the clean-up, they would be supported.

“There is a substantial program of support for the community,” he said. “We are committed to seeing these communities and many others like Lismore right up the coast, right up into north Queensland, ensuring they have the support to recover.”

“Enormous solidarity from Australians,” he said. “We are standing with these communities.”

In Lismore alone, more than 500 SES volunteers in addition to another 500 personnel from other agencies are on hand to assist residents in the clean-up.

On Friday the federal and NSW governments announced that disaster assistance was available for the northern NSW communities affected by flooding.

Mr Turnbull was confident communities would stay strong and rebuild their city.

“This is a strong city. It has seen floods before and it has recovered and we have got more support for flood recovery now than we ever had in our nation’s history.”

‘In it together’: Prime Minister Malcolm Turnbull in flood-affected NSW