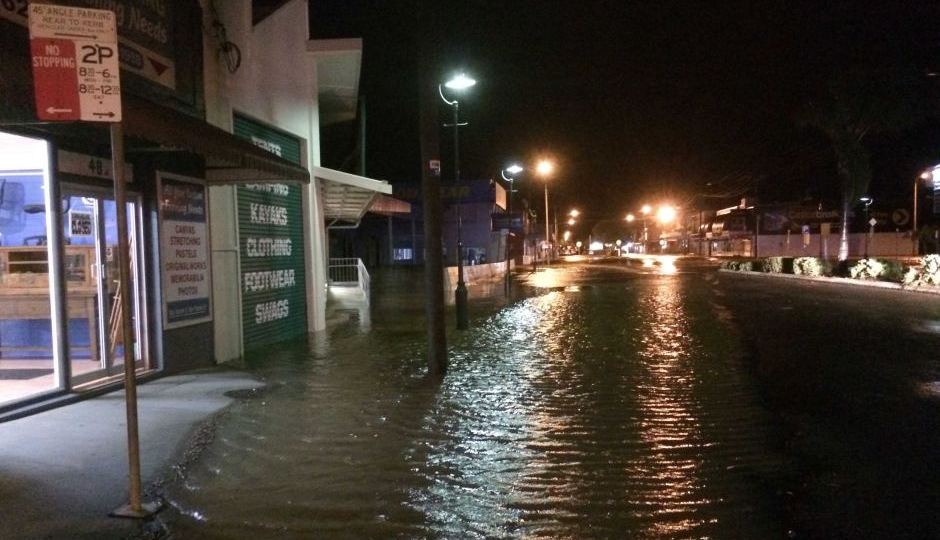 Emergency services are facing ‘unprecedented’ flood levels on the New South Wales north coast, and sirens have sounded in Lismore, warning residents they must leave immediately.

The State Emergency Service (SES) says the situation is extremely serious as floodwater tops the Lismore levee built around the town.

“When you hear the sirens — that’s it, you’re out,” SES spokesman Ian Leckie said.

“There’s no second chance with this one, it’s become a highly dangerous situation.”

“Water will come down through Browns Creek carpark at quite a velocity, it will fill up the playing fields and go up towards the Square.

“It’s a highly dangerous situation — people should not be in the area.”

The SES has received over 1,300 calls for help and 148 rescues have been carried out overnight as ex-tropical Cyclone Debbie continues to dump heavy rain across the region.

Over 20,000 people have been evacuated from areas around Lismore, Murwillumbah, Ocean Shores, Kyogle and Kingscliff and another 20,000 people are subject to an evacuation order, mainly on the Tweed River but also on the Wilsons River at Lismore.

People who need assistance are advised to go to an evacuation centre at Southern Cross University on Military Road in East Lismore.

Donna Walker had to take her children and leave their North Lismore home for the university centre.

She said they are making the best of the situation.

“I said to the kids, we’re all in the same situation. We’re all nervous, we’re all upset, we’re all not knowing where we’re going, what we’re doing next, or what’s going to happen to our belongings,” she said.

“So you know, take it easy on each other, so there’s no fighting, and things like that.”