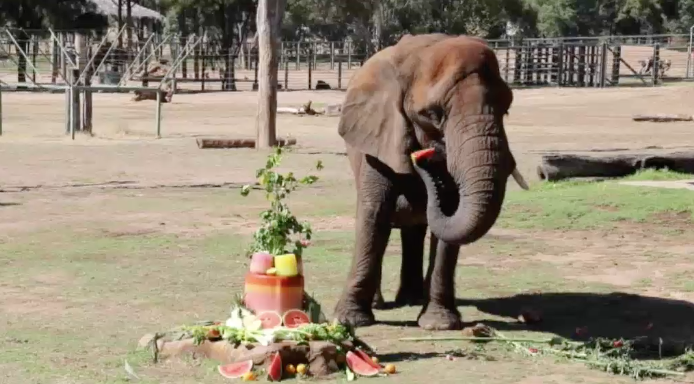 The death of an African elephant at Dubbo’s Taronga Western Plains Zoo has marked the end of an era for the species in Australia.

Cuddles was the zoo’s oldest inhabitant and, according to the zoo, the last African elephant in captivity in Australia.

She arrived in 1977 from the United Kingdom with two other females and was estimated to be 46 years old.

Zoo staff had been monitoring Cuddles closely over the past week as her health had slowly declined due to digestive issues.

The Dubbo facility’s director Matt Fuller said the elephant was very special to many people, including staff and visitors.

“She was a much loved member of the zoo community,” Mr Fuller said.

The zoo said Cuddles raised awareness of the threats that African elephants faced in the wild due to poaching and loss of habitat.

The World Wildlife Foundation estimated that there were approximately 415,000 African elephants in 2016.

But Taronga’s Conservation Society director Cameron Kerr said there were days when an African elephant was poached and killed every 20 minutes.

“I think the wonderful legacy that she has left is our engagement now across the African continent for African elephants, African rhinos, chimpanzees and gorillas,” Mr Kerr said.

No plans for more African elephants

The zoo did not have any plans to replenish its African elephant population over the next 10 years.

Mr Kerr said the zoo was very focused on its Asian elephant program, with fewer than 50,000 of the animals left.

But he said the organisation would continue to support groups and programs working to protect the African elephant.

“Taronga, with a number of other zoos around Australia that are committed to elephants in principle, are supporting programs, protection groups, conservancies,” he said.