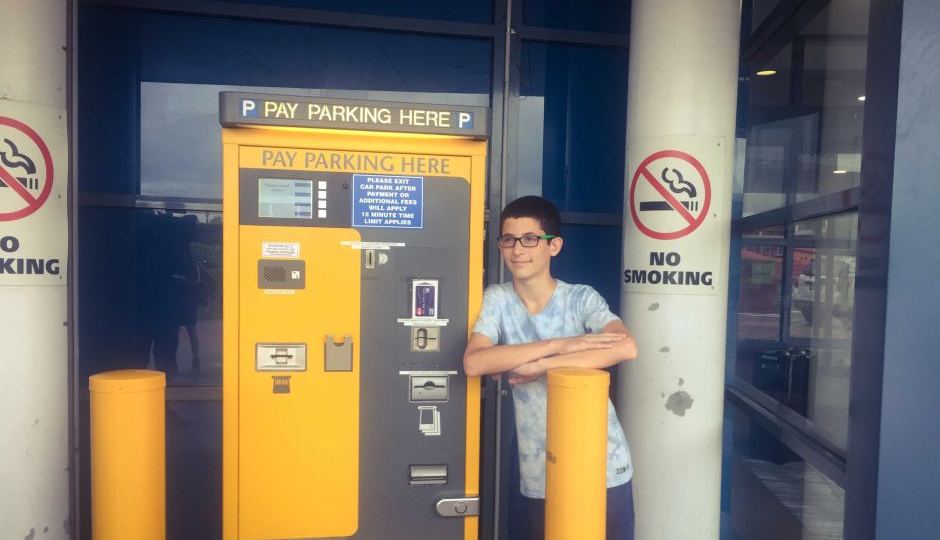 A Sydney teenager’s online petition has prompted the New South Wales government to cut the cost of car parking at public hospitals by about $200 a week.

Fourteen-year-old Gidon Goodman, who has a rare blood disorder and has to go to hospital for regular medical infusions, started the petition because he was concerned family members would stop visiting their sick relatives due to high hospital parking costs.

Today, Premier Gladys Berejiklian responded to his campaign, which garnered more than 70,000 signatures, by announcing “a huge reduction in car parking fees” at all New South Wales hospitals.

“Some families will be saving hundreds and hundreds of dollars every month.”

Ms Berejiklian praised the teenager’s efforts in advocating for the change and pressing the government.

“This is a huge boost for families patients and for carers who are visiting all of our public hospital.”

Gidon said he was thankful the government had acted to make it easier for families and carers to visit sick patients.

“I’m now unbelievably proud to be able to say that the premier and the health minister are introducing a policy which is going to do amazing things for the families,” he said. “Someone [visiting] once a week for a year will be saving $1600.

“These changes are going to be helping people who go [regularly visit hospitals] long term, helping families, people having babies [who] have to go longer than two days in a row.”

“As soon as I became health minister, I met with Gidon, I listened to his concerns and I agreed. Gladys Berejiklian and I determined that we would move as quickly as possible and we have,” Mr Hazzard said.

“He brought it to the government’s attention.”

Gidon said trips by his family to visit him in hospital had cost them thousands of dollars in car parking fees. The parking fee changes come into effect from July 1.