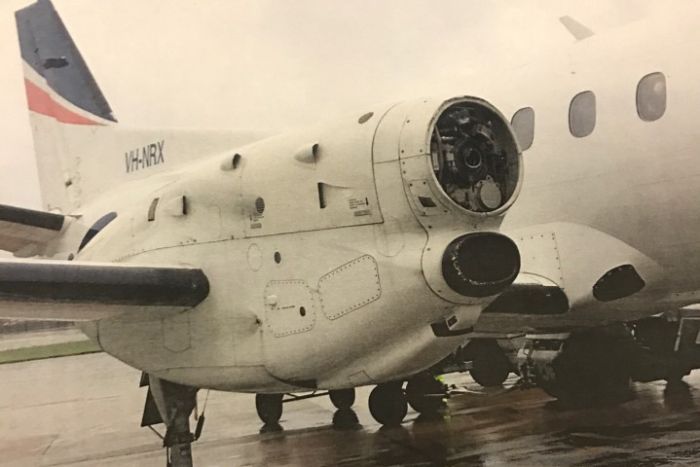 The plane lost the propellor on approach at an altitude of about 600 feet. Photo: Supplied/ABC News.

UPDATE 11.30AM: Regional Express Airlines (REX) has confirmed their fleet will continue operating as normal despite one of their planes losing a propeller on a flight between Albury and Sydney on Friday.

REX said it was not grounding any of its 50 SAAB 340 aircraft as precaution, and that the fleet would continue operating as normal.

A Regional Express flight to Sydney was forced to make an emergency landing after losing one of its propellers mid-flight.

Flight ZL768 from Albury landed safely at Sydney Airport just after noon Friday, and no-one on board was injured.

The Australian Transport Safety Bureau has assigned three investigators to look into the circumstances surrounding the incident and CASA is seeking an urgent briefing from the company.

They want to work out whether this could be a potential defect in all SAAB 340B aircraft or just this one in particular.

The ABC understands the aircraft was on approach and lost the propeller at approximately 6000 feet.

The propeller has not been found and will be a crucial piece of evidence in the investigation.

It is yet to be found and will be a crucial piece of evidence in the investigation.

Air traffic control audio logs reveal the moment it happened: “REX768 we’ve just had *inaudible* engine operations and our propeller has just shed off,” a man on the flight-deck told controllers.

“We’ve got normal controls, still be able to fly would require 1-6 right and we should be able to conduct a precautionary landing.”

At this point, controllers move to delay other flights.

The same aircraft en route from Grafton to Lismore had to be diverted to the Gold Coast earlier this week.