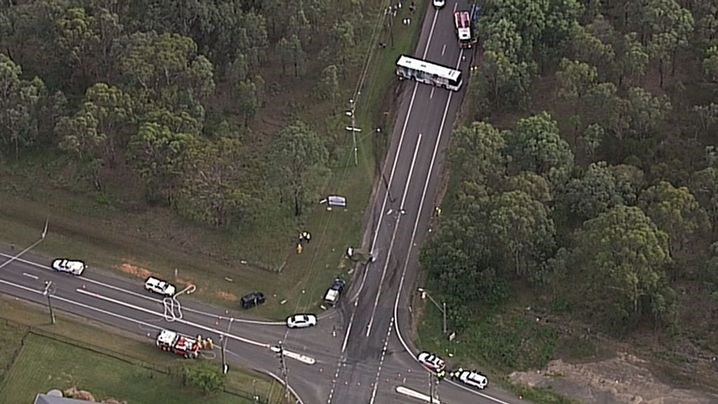 The crash happened near the intersection of The Driftway and Londonderry Road. Photo: Nine Network

A driver is believed to have died and at least four children have suffered injuries after a bus and a car collided in Sydney’s northwest.

Paramedics treated six children at the site of the crash at the intersection of Londonderry Road and The Driftway just after 8am on Friday.

The road is closed in both directions.

Two other children will likely be taken to hospital while another two weren’t injured in the crash.

A seventh person, believed to be the driver of the car, is understood to have died in the collision.

Footage of the scene broadcast by the Nine Network shows a green cloth draped across the front of a silver car at the side of the road, surrounded by large bits of shrapnel from the impact.

While a white bus, which Fire & Rescue NSW says was carrying school children, has spun across the road with large, muddy skid marks nearby.