Two sailors, and Irish and a French national, are rescued from their stricken yacht in treacherous conditions, north-east of Sydney. Photo: ABC

Two sailors have been rescued from their stricken yacht in treacherous conditions north-east of Sydney.

Police said the crew, an Irish and French national, were travelling from New Zealand to Australia aboard a 12-metre yacht when they got into trouble about 210 nautical miles from Sydney.

About 3:30pm yesterday the sailors decided that they could not continue and activated an emergency position-indicating radio beacon (EPIRB). 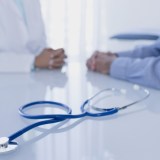 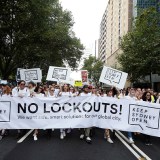 Assaults in areas outside of Sydney lockout zones rise

“The Nemesis arrived around 7.30 but it took a considerable amount of time and preparation in order to carry out a rescue of that type considering that there were reported six-metre seas in the area,” he said.

“With the wind, [there were] strong gusts from 40 knots up to 55 knots,” Mr Parducci said.

“[The crew was] prepared to abandon, which is a pretty drastic decision for yachtsmen.

“So when they got to that position we knew conditions on board were pretty terrible.”

Mr Parducci said it was fortunate the sailors were well prepared.

“They were equipped with radio equipment and were capable of communicating,” he said.

“They were carrying an EPIRB … which provides a position which is an extremely valuable tool.”

Sailors not injured despite wild weather

AMSA deployed rescue crew and dropped additional communications equipment to the yacht from the air.

However, the sailors failed to recover the equipment, hampered by high winds and large swell.

AMSA sent a broadcast to shipping in the area requesting help, and the container ship ANL Elanora responded.

Officers said the police craft was able to reach the yacht about 8:30am today, despite gale-force southerly winds and six-metre swell.

The man and the woman on board were successfully transferred to the police vessel with help from the crew of ANL Elanora.

Mr Parducci said the pair was not injured.

“Fortunately, the two occupants were uninjured, just tired, but very happy to have been rescued by the police boat,” he said.

Police said the vessel was expected to arrive in Sydney at 8:30pm.