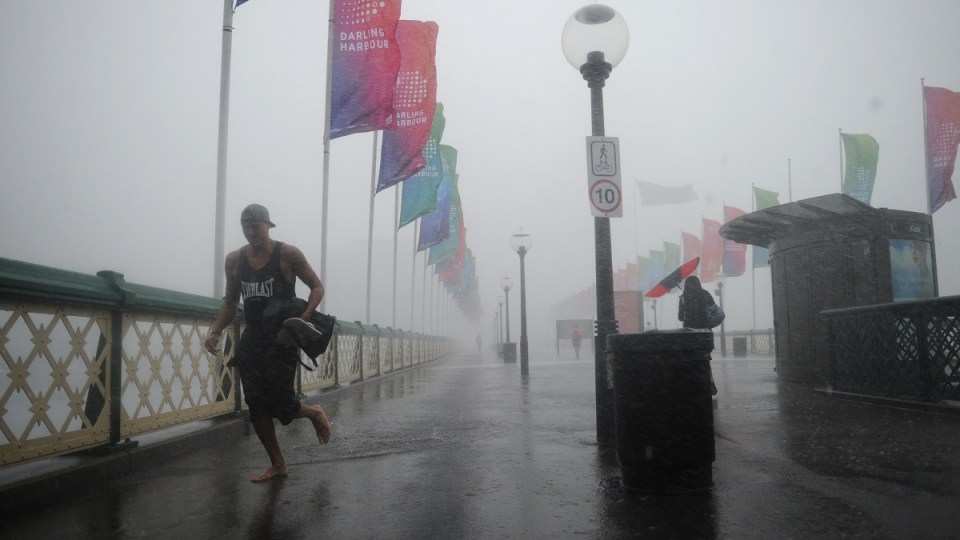 A severe weather warning remains in place for large parts of New South Wales, including the south coast and southern tablelands, as they continue to be lashed by rain.

It comes as the 39th annual Mardi Gras Parade is set to get underway tonight in Sydney, with the show expected to run 30 minutes shorter than last year because of wet weather.

Forecaster from the Bureau of Meteorology, Katarina Kovacevic, said the chance of flash flooding was likely to remain high throughout the day.

“We’ve got a severe weather warning for heavy rain for central and southern parts of the coast and that’s been driven by a low pressure system off central parts off the New South Wales coast,” she said.

“Heavy rain and thunderstorms are expected to lead to flash flooding for the remainder of Saturday.”

Rainfall of 50mm to 100mm has been recorded in parts of the Illawarra and south coasts districts in the past 24 hours but the deluge is expected to ease during Saturday evening.

A flood watch remains for the Moruya River valley.

The State Emergency Service received more than 500 calls for assistance over the past 48 hours and crews are on stand by to respond to any flooding caused by the downpour.

Sue Pritchard from the SES said many of the calls for help overnight were for leaking roofs in the Hills District which was hit by a severe hail storm last week.

Happy #SydneyMardiGras. If only the sky looked like this right now! Credit: Daniel Tran Photography. Forecast at https://t.co/lnZQdONrwI pic.twitter.com/9nFU9PRDIy

Ms Pritchard said people still needed to be aware of the conditions today.

“It is very wet out there, the roads are very wet and there is flooding … so we are just asking people to take care while they are out and about today, not to be tempted to drive through flood waters, take an alternative route,” she said.