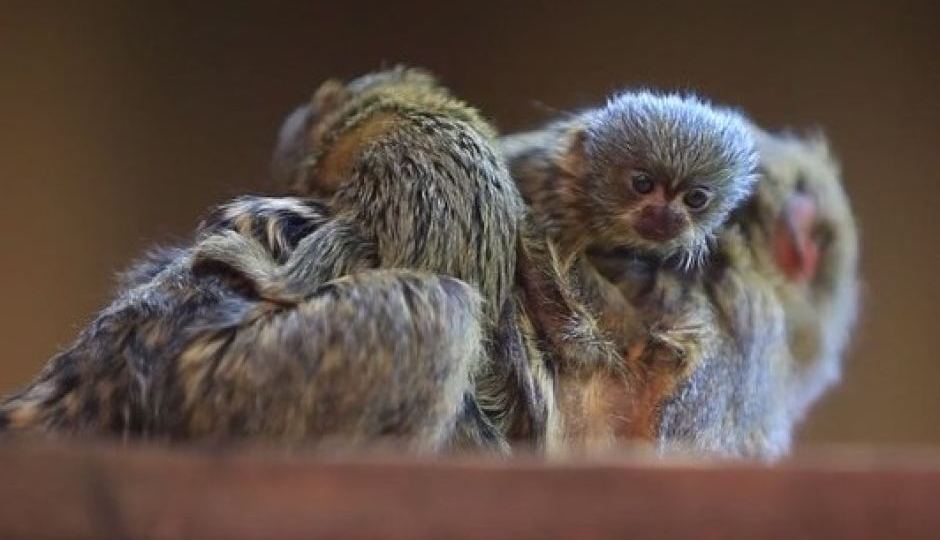 The marmosets are part of a co-ordinated breeding program. Photo: Symbio Wildlife Park

Three rare miniature monkeys stolen from a Sydney wildlife park have been found while two brothers have pleaded guilty to transporting and intending to sell two of them.

The pygmy marmosets – 10-year-old Gomez, his 10-month old daughter Sofia and a four-week-old baby – were stolen from the Symbio Wildlife Park at Helensburgh on Friday night.

The two younger monkeys were recovered from a car on Sunday while Gomez was left in a box on the doorstep of a vet at Tahmoor, about 70km west of Helensburgh, on Monday night.

“Arrangements have been made to return the monkey to the wildlife park (on Monday night).” 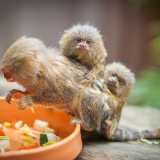 Earlier on Monday, brothers Jackson George, 23, and Jessie, 26, fronted court after being charged on Sunday with dealing with the proceeds of crime after the theft.

Acting on a tip-off, police found the four-week old monkey, who’s too young for its sex to be identified, after stopping the brothers in a car at the Appin Hotel on Sunday afternoon.

Both men are not deemed to be responsible for the theft, but police have accused Jackson George of obtaining the monkey from the thief or thieves and planning to sell it.

Court documents show Jackson was communicating with a third person, Ryan, who offered to sell the baby monkey to the 23-year-old.

“Ay, check out my monkey”, Ryan said in a text message with a picture of the animal, which was tendered in court.

Ryan told Jackson he “paid nothing” for the monkey, but “got it from the zoo last night”.

Later on in the conversation, when Ryan asked how much they could sell the pygmy marmoset for, Jackson suggested “500” (presumably $500). “But haven’t been offered any in ages bro,” he texted.

There was also evidence the pair had planned to sell a snake and a joey.

Police and zookeepers had been desperate to find the suckling infant after experts warned it would likely die if it spent more than 24 hours without its mother.

“Marmosets have specialised diets requiring supplements that are not available to the general public, and are a highly social species who do not do well on their own,” Symbio Wildlife Park posted on its Facebook page on Monday.

Police opposed Jackson’s bail appeal in Campbelltown Court on Monday, saying they believed he had further information about the whereabouts of Gomez, which was still missing when the brothers appeared at court.

“He has shown complete contempt for police and their desperate attempts to reunite the animals with their family unit,” prosecutor Peter Robinson told the court.

“He has laughed and stated, ‘You have my phone, you’ll work it out’.”

However, police said they haven’t been able to glean any information about the missing monkey’s location from Jackson’s phone.

Magistrate Clare Farnan sentenced Jessie to a two-year good behaviour bond and fined him $1500 for being an accomplice to the crime.

Jackson was granted bail until his sentencing on January 10.