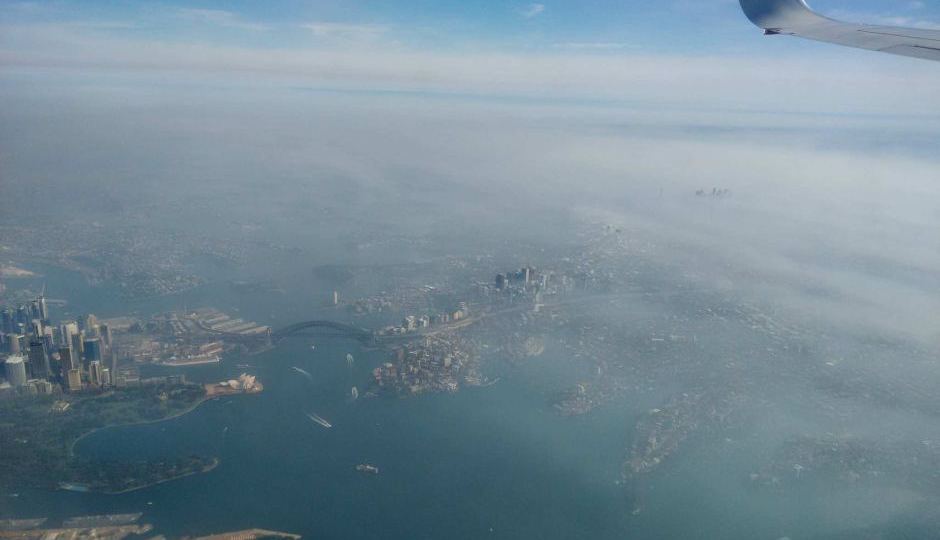 Sydney Harbour was shrouded in smoke during hazard reduction burns in May. Photo: Supplied (Stephen Coates)

Up to 14 people died prematurely due to smoke from a hazard reduction burn in Sydney, new research has found, prompting calls for better warnings.

Research co-author Dr Fay Johnston said the smoke which shrouded Sydney for several days in May was one “of the biggest air pollution events in Sydney’s history, comparable with the severe wildfires”.

“Sydney has a very large population of 5 million people and amongst a population that big there’s going to be a substantial pool of people who are in the high-risk category — people who already have heart disease and people who have lung disease,” she said.

“It’s likely that there were an additional 14 deaths and almost 100 hospital admissions from cardiovascular that’s heart and lung diseases on the six smokiest days during that period.”

Dr Johnston said they were not arguing that hazard reduction burns should be stopped, but that better warnings needed to be issued at the time.

“We need to have an interagency approach,” she said.

“Then we can work out how to do it in a way that minimises the impact on the community.

“I want the RFS [Rural Fire Service] to work a bit harder at letting people know ahead of time.” 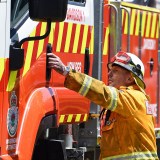 He said the fire service works with the Bureau of Meteorology, the CSIRO and other agencies to develop better models for hazard reduction burns.

But Commissioner Rogers said ultimately it was very hard to predict exactly what a fire would do.

“If those models look like they’re going to generate that much pollution we obviously will alert the community,” he said.

“Every single hazard reduction burn that is going to be done is listed on the Rural Fire Service website so I also would suggest that people who have conditions that they struggle with would maybe want to check the website periodically to see if there’s something that will affect them as well.”

Commissioner Rogers emphasised the importance of hazard reduction burns, but said the RFS could do better when notifying the public about smoke and air pollution.

“Two of the fires we’ve had in the last two weeks … were pulled up between the fire and property because of hazard reduction [burns], that’s the important thing,” he said.

“If we don’t do it then there’s a risk of a fire occurring in that area and obviously causing something [like what] we saw in the mountains in 2013.”

Asthmatics advised to have emergency plans in place

Asthmatic mother of two Kerrie Payne said she knows if there is smoke around well before anyone else.

“I can smell it coming, the symptoms start, the runny nose, the itchy eyes, the coughing, the wheezing starts,” she said.

“I see a significant exacerbation in my symptoms while smoke is around, so the medications have to be adjusted and the preventers have to be increased.”

Jeepers Creepers the Burn Off people have gone nuts again. Sydney Harbour is full of smoke again. Thoughts and prayers for asthma sufferers!

He advised asthma sufferers to have an action plan developed by their doctor in case symptoms arrive.

“Make sure there is a reliever at hand — the blue grey puffer which is the reliever — and that there is medication in it and that you have a spare one with you.”

Finally, he said asthmatics should avoid smoke if they could.

“If they don’t see improvement or if they’re worried at all or if they have significant shortness of breath they should go straight to the doctor or call an ambulance and get emergency care,” Mr Flynn said.