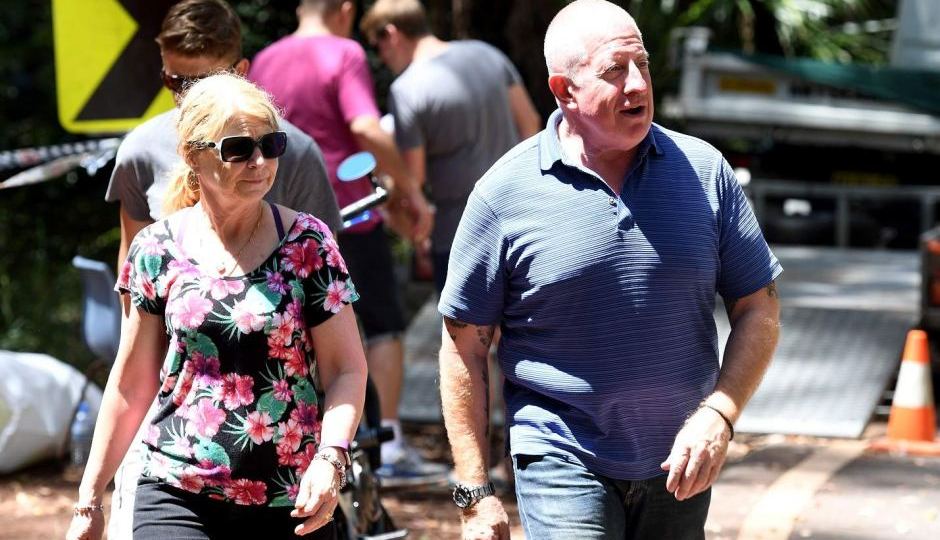 Faye and Mark Leveson have been at the crime scene in the national park every day. Photo: AAP

Searchers have been unable to find Matthew Leveson’s body after five days of intense searching in dense bushland south of Sydney.

A white shoe was found last week, but there was no breakthrough on Monday as officers scoured thick scrub in a remote area near Waterfall in the Royal National Park.

Family and friends watched on as detectives and specialists tried to locate the remains of the 20-year-old who was last seen in September, 2007.

Two men who arrived at midday embraced Mr Leveson’s parents and siblings before adding a bouquet of flowers to a growing floral shrine.

A small team of officers combed uneven ground – covered with fallen trees – using surveying equipment. But so far they haven’t unearthed any trace of Mr Leveson.

Excavators ripped through matted undergrowth and churned up sections of earth as crews watched on.

The operation wound up after 4pm and is due to start again early Tuesday morning.

Investigators were led to the site late last week by Mr Leveson’s former lover, Michael Atkins, who in 2009 was acquitted of the younger man’s murder. 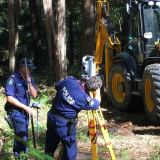 For nine years, Mr Atkins refused to tell the family what had happened to Mr Leveson.

However, he finally relented after being forced to give evidence at a coronial inquest, where he admitted lying to police after being offered conditional immunity from prosecution.

He had told the inquest he did not kill Mr Leveson and said he thought he might still be alive.

Police began searching bush, not far from a bend in a remote road, last week after the inquest.

Mr Leveson’s parents have never stopped looking for his body and fought to have the coronial inquest reopened in the hope it could lead them to their son’s remains.

No breakthrough in Matthew Leveson search