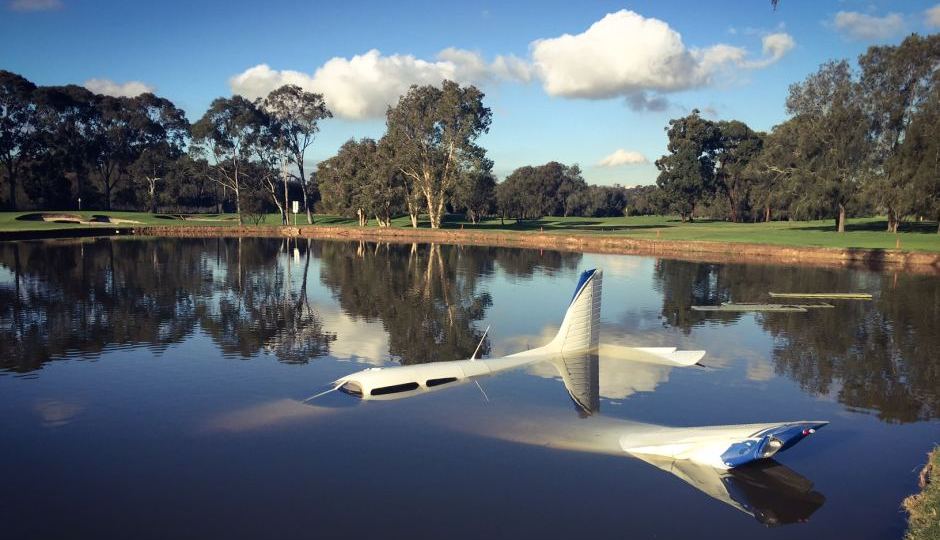 The plane landed in a man-made lake on the 10th hole. Photo: ABC

Three people have escaped injury after a light plane they were travelling in made an emergency landing on a golf course in Sydney’s south-west and ended up in a lake.

Emergency services are at the Liverpool Golf Club in Lansvale where the aircraft ditched into the small manmade lake on the course.

An Ambulance NSW spokesman said none of the three people on board appeared to be injured.

A spokesman for the Civil Aviation Safety Authority said the single engine plane took off from the Bankstown Airport in an adjacent suburb just before 2:00pm.

He said it appeared the engine failed and the pilot tried to turn back to the airport but was forced to land at the golf course.

In a post on social media, the Liverpool Golf Club said the plane had crashed on the 10th hole.

The club’s president, Spiro Spiros, said it was not an uncommon event.

He said at least three light planes and even a hot air balloon had made emergency landings on the golf course previously.

Mr Spiros said the bad weather meant not many people were on the course when the plane landed.