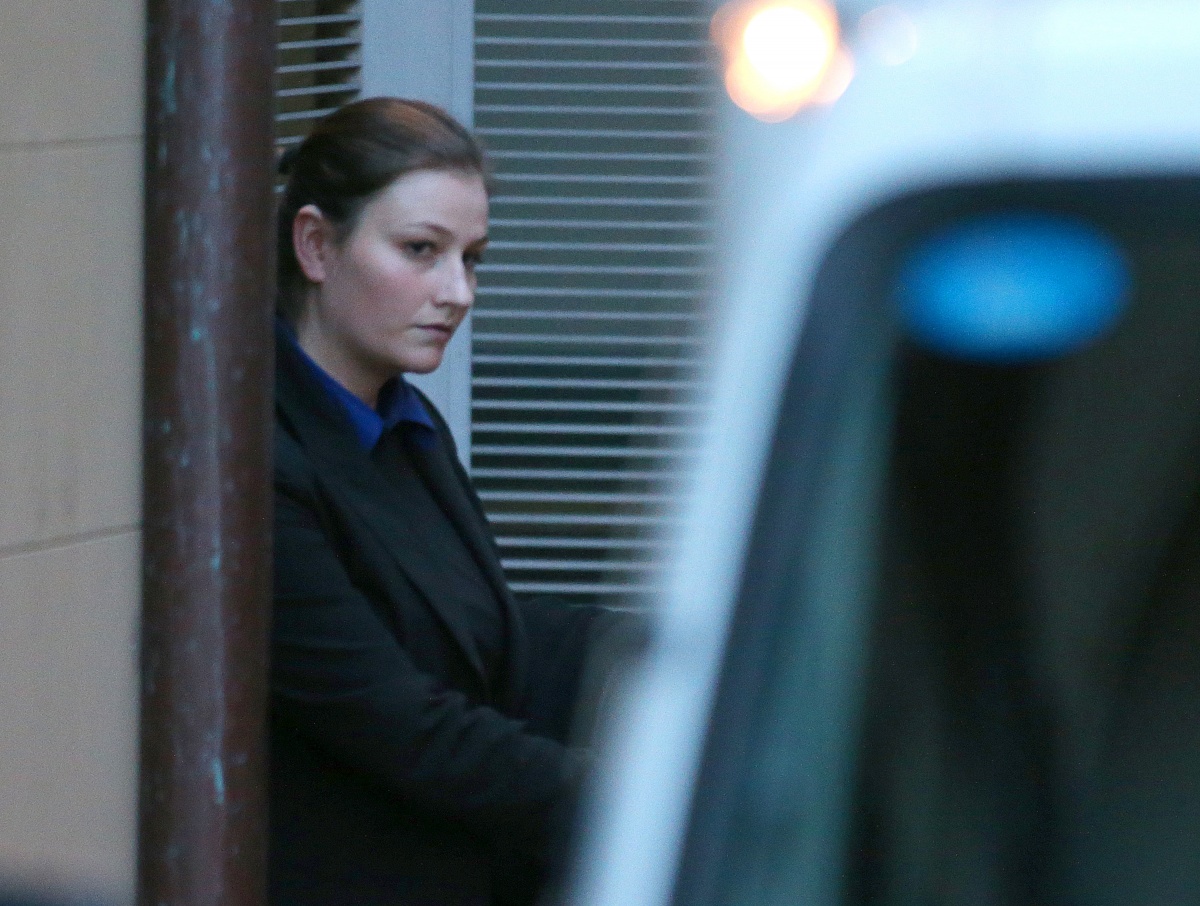 Wran was sentenced to one year for her role in the crime. Photo: AAP

The youngest daughter of former NSW Premier Neville Wran stepped into a NSW Supreme Court witness box on Thursday to speak publicly for the first time of her battles with mental illness, and the crippling drug addiction that took her from Sydney’s moneyed eastern suburbs to the scene of a grisly killing in a housing commission drug den in 2014.

Wran, 28, said she thought about the death of Mr McNulty, and the critical injuries sustained by his housemate Brett Fitzgerald during the robbery, multiple times every day.

“I regret every step I took that night,” she said through tears.

In an extraordinary morning of evidence, Wran said would never return to drugs and that being locked up in jail has saved her life.

“But I also know that I have to be vigilant.”

Wran was to be tried last week for Mr McNulty’s murder, but instead pleaded guilty to downgraded charges of robbery in company and acting as an accessory to murder after the fact.

Both her own barrister, Phillip Boulten SC, and crown prosecutor Paul McGrath SC told Justice Ian Harrison that Wran ought to be sentenced to jail.

“We accept that she has to get a prison sentence for both of these offences,” Mr Boulten said.

But he said her role in the robbery was “peripheral” and she should be jailed no more than three years for that offence which, with time already served, could send Wran home to her mother Jill Hickson within months.

“She has the desire to give back as a reformed ice user, and we need those people,” Mr Boulten said.

Under cross-examination, she agreed that being locked away from the world had helped her stop using methamphetamine where countless stints in rehabilitation centres had failed.

“I think it saved my life,” Wran said.

She has admitted that by August 10, 2014, she was injecting ice into her veins, in the culmination of an addiction that was fuelled by her decade-long struggle with bulimia and that intensified following her father’s death earlier that year.

She told how she was “hanging out” for a hit on the night Mr McNulty was killed, and that she was the one who showed her face at his window and gave a name – “Sarah” – so as to get inside his ground-floor flat.

But he did not see the two men standing behind Wran – her boyfriend of two weeks, heroin addict Michael Lee, and his friend Lloyd Edward Haines.

As Mr McNulty unlocked his front door, Lee burst through and demanded money and drugs, and the robbery quickly turned deadly.

“If I hadn’t knocked on the door perhaps it would never have happened,” Wran said in a shaking voice on Thursday.

She said was spared from watching as Mr McNulty was fatally stabbed but heard his harrowing final moments.

“It just sounded like someone was trying to breathe, but they couldn’t,” Wran sobbed.

She said since entering prison – where she had been the target of death threats and kept in total isolation for five months for her own safety – she had kicked her ice habit for good.

“If that wasn’t a wake-up call I don’t know what could be,” she said.

Wran is expected to be sentenced on July 26.

Wran opens up on drugs, regrets