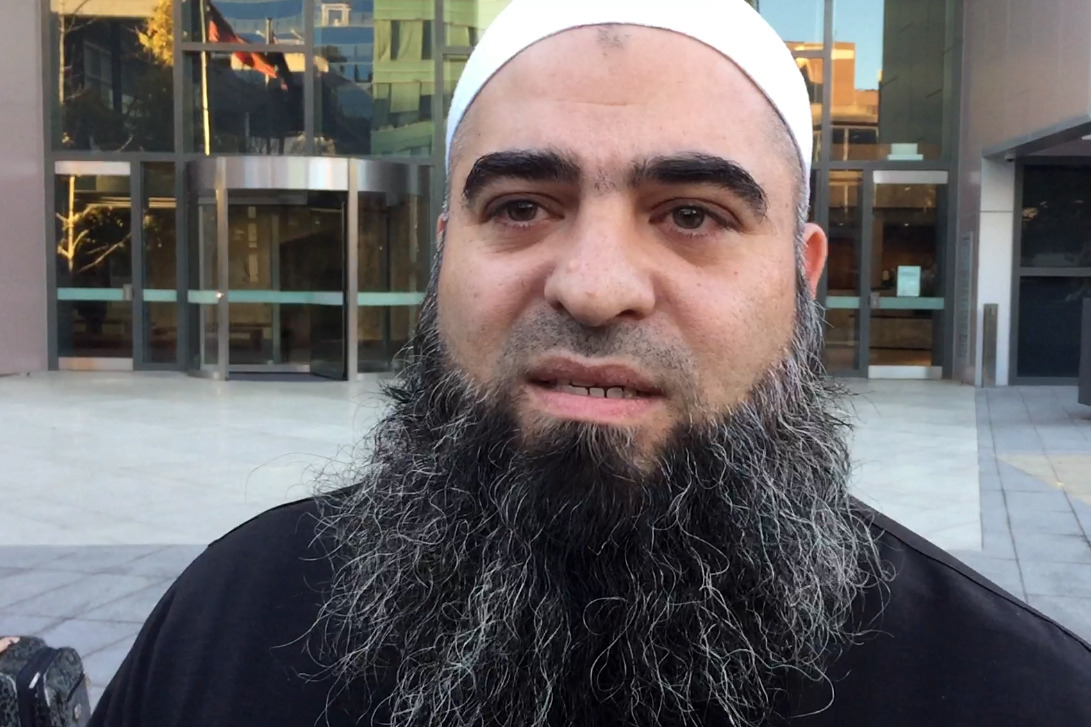 Al Qudsi, 42, showed little emotion as he was convicted of helping the men to fight with extremist jihadist groups in 2013, including the forerunners of Islamic State (IS).

He was found guilty of seven counts of supporting engagement in armed hostilities in Syria.

A unanimous decision by the jury found him guilty of six of the charges in the NSW Supreme Court in Parramatta earlier on Tuesday.

The jury then retired to deliberate on the seventh charge and returned with a finding of guilty on Tuesday afternoon.

Al Qudsi is facing 10 years in jail over the convictions.

His lawyer Zali Burrows said her client accepted the verdict “but he’ll always maintain his innocence”.

“He’s very happy that it’s over and it was a quick trial,” she said.

Al Qudsi’s family were not in court to hear the verdict.

He was accused of working with senior Australian IS fighter Mohammad Ali Baryalei to help seven young men to travel to Syria.

It is alleged Al Qudsi made arrangements for the men to travel to the war-torn country between June and October 2013, so they could fight alongside militant groups such as the Al-Nusra front (Jabaht al-Nusra), IS and Al Qaeda affiliates.

Two of the men he recruited: Tyler Casey and Caner Temel were killed in Syria, while two other men Muhammed Abdul-Karim Musleh (also known as Abu Hassan) and Mehmet Biber have since returned.

Amin Mohamed never left Australia and in the Victorian Supreme Court last year, the Melbourne man was found guilty of three charges relating to plans to travel to Syria to fight against the government of Bashar al-Assad.

The fate of the other two men Al Qudsi assisted: Abu Alim and Nassim Elbahsa is not known.

Al Qudsi was the first man charged with supporting engagement in armed hostilities in Syria under the Commonwealth Foreign Incursions and Recruitment Act.

Justice Christine Adamson has revoked his bail and he remains in custody.

The jury heard intercepted telephone conversations in English and Arabic between Al Qudsi and Ali Baryalei during the trial.

Hundreds of messages to the seven men were also shown to the jury.

Senior crown prosecutor David Staehli told the court the conversations took place via telephone and text message, as well as through electronic applications including Skype and WhatsApp.

He told the jury police had discovered documents that linked Al Qudsi to the young men he helped, along with jihadist literature and photos.

Baryalei travelled to Syria in April 2013 and the Government announced it was believed he was killed in October 2014.

During the trial, defence barrister Scott Corish told the jury the real question was what Al Qudsi intentions were.

He said Syria is not just full of people involved in armed combat and not everyone that went there went to fight.

Sydney man found guilty of recruiting for IS