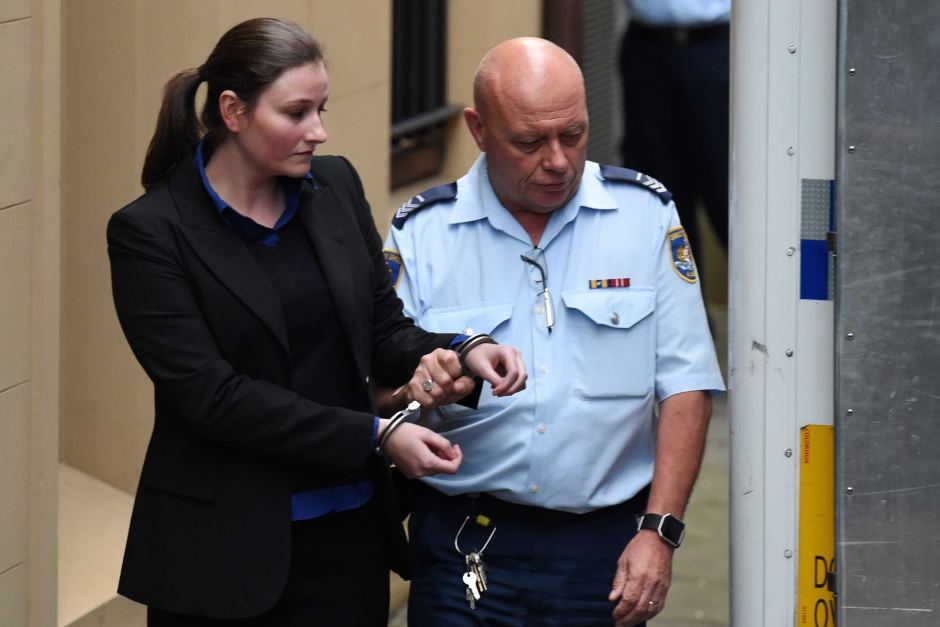 A murder charge against Harriet Wran, the daughter of former New South Wales premier Neville Wran, has been dropped.

Ms Wran has today pleaded guilty to harbouring, maintaining and assisting one of the men who murdered drug dealer Daniel McNulty in the Sydney suburb of Redfern in August 2014.

The 28-year-old had previously pleaded not guilty to murdering Mr McNulty, who was fatally stabbed inside a flat at a Redfern public housing estate.

Ms Wran looked composed as she pleaded guilty to harbouring, maintaining and assisting Lee in the murder and robbing another man of $650.

The 28-year-old mouthed “I love you” to her mother Jill Hickson Wran as she was led from the dock, and blew her a kiss.

Ms Hickson Wran and school friends were in court supporting the accused.

As she left court Ms Hickson Wran told reporters of her daughter: “I couldn’t love her more”.

It is understood Ms Wran had been living on the streets and battling an ice addiction for a considerable period of time before the killing.

On Monday, lawyers for Ms Wran applied for her trial to be heard by a judge only, rather than a jury.

The crown did not oppose the application.

Ms Wran, who had already spent two years in custody, will face a sentencing hearing on July 14, while her co-accused will also be sentenced at a later date.