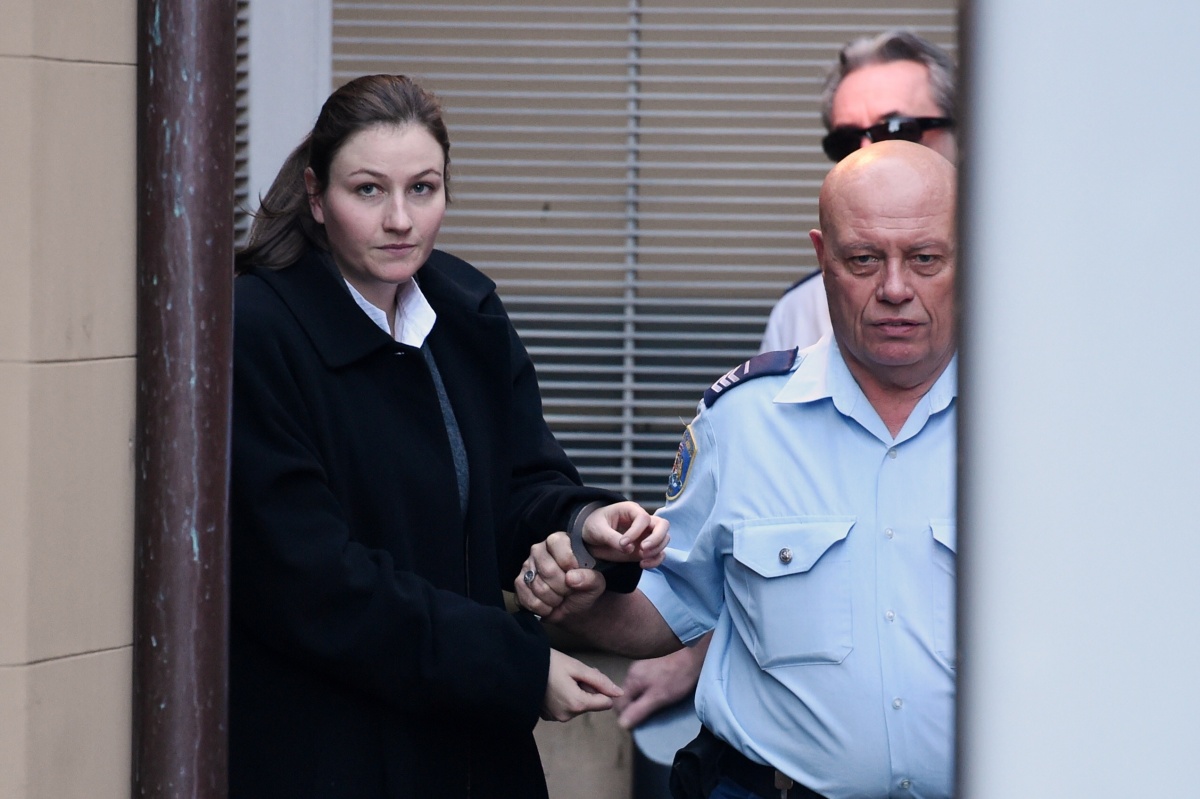 She was born into one of the most recognised families in NSW, enjoyed a privileged upbringing and entered adulthood as a Sydney socialite.

Now 28-year-old Harriet Wran will spend the next several years behind bars on charges related to the murder of a Sydney drug dealer.

The story of how the daughter of the late and legendary former NSW premier Neville Wran came to be a homeless drug addict is both tragic and cautionary.

Harriet Wran mouthed “I love you” to her mother Jill Hickson-Wran as she was led from the dock in the Sydney Supreme Court on Wednesday, the last time she will likely do so outside a prison for some time.

The heartbreaking farewell took place as murder charges against Ms Wran were dropped. Instead, she pleaded guilty to the lesser charges of harbouring, maintaining and assisting a man knowing that he murdered drug dealer Daniel McNulty, and robbing in company.

The court heard Ms Wran, her boyfriend Michael Lee, 35, and Lloyd Haines, 29, went to Mr McNulty’s Redfern unit with the intention of robbing him of drugs.

The trio botched the robbery and a fight ensued between Mr McNulty, Lee, Haines and another man at the unit, Brett Fitzgerald.

Lee then allegedly fatally stabbed Mr McNulty in the back, and stabbed Mr Fitzgerald in the stomach and neck.

Wran was not in the unit where the fight and alleged murder took place in August 2014. She told police she was “numb on ice” at the time of the incident, referring to the drug methamphetamine.

Fairfax Media reported that Wran was “terrified” and “desperate” to buy drugs on the night her accomplices allegedly committed murder.

She reportedly became addicted to ice, received welfare payments and lived on the streets in the time around her father’s death in April 2014 at the age of 87.

This was a far cry from the privileged setting that she was raised in.

For a private school girl, daughter of a former premier, and a lady who was used to being part of Sydney’s social scene, her descent into a life of drugs and homelessness could not have been more shocking.

Sources close to the family told News Corp that Ms Wran had become a “drunk party girl” in her early teens.

While Ms Wran’s problems have dominated stories about the family in recent times, there had previously been plenty more headline grabbing moments.

Neville Wran entered office as NSW premier in 1976 after a successful career in law where he became a Queen’s Counsel.

He remained premier until 1984, winning four elections. He went on to be even more successful after his political career, thanks to investment banking.

The pair had two children, including a son from Ms Oliver’s previous relationship, whom Mr Wran adopted.

He married Ms Hickson-Wran a month after his divorce from Ms Oliver in 1976.

Ms Hickson-Wran went onto be a recognised name in NSW literary and arts circles.

The couple had two public separations in 2006 and 2011. During one of those separations in 2011, Ms Sheftell – living in the United States – applied to appoint three new guardians for Mr Wran, who had dementia.

Meantime, the battle for Mr Wran’s $30-million fortune played out in the newspapers, with the family even publicly arguing about whether Mr Wran had dementia.