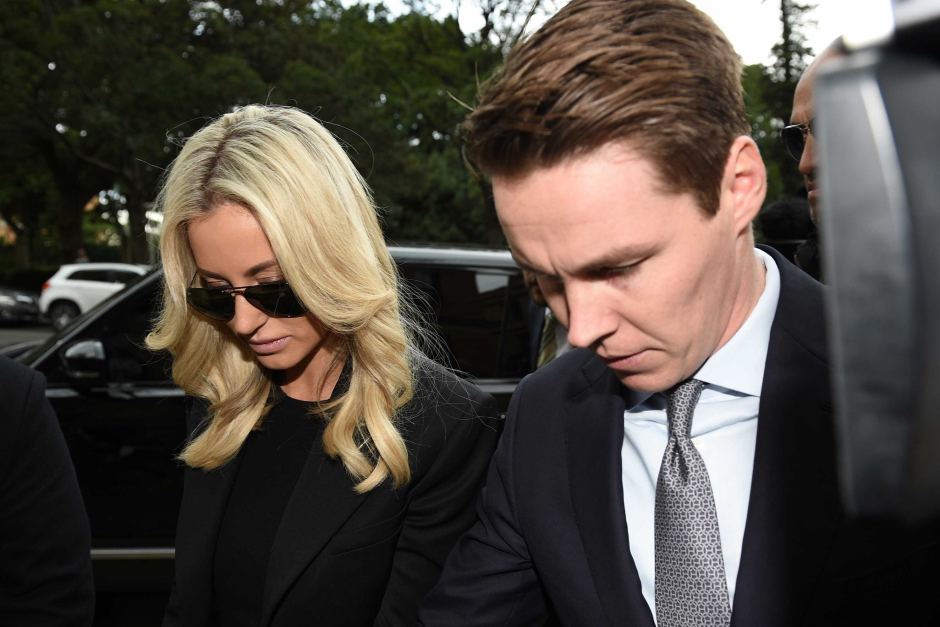 Sydney stockbroker Oliver Curtis has been jailed for two years after being found guilty of conspiring to commit insider trading.

He will be eligible for release from prison after one year.

Earlier this month Curtis was found guilty of conspiring to commit insider trading on 45 separate occasions following a trial.

The 30-year-old shared in $1.4 million in illegal profits from insider trading using confidential information between May 2007 and June 2008, the court heard.

Justice McCallum said white-collar crime was a serious offence and evidence in the case satisfied her that a custodial sentence was appropriate.

Curtis then embraced his wife, PR executive Roxy Jacenko, before being led from the court by guards.

In his trial, the court heard Curtis received tip-offs from his former best friend, John Hartman.

Prosecutors said Hartman, who worked for Orion Asset Management, told Curtis when to buy and sell “contracts for difference” and at what price, using information not available to the public.

The trial heard Hartman and Curtis grew up in neighbouring homes in Mosman, on Sydney’s north shore, and went to school together.

Hartman told the court the pair were “best friends”, and described how they hatched a plan in 2007 to use Hartman’s position at Orion to profit from buying and selling shares.

He was himself jailed in 2010 and served a 15-month prison sentence for insider trading and related offences.

At the time of the trades, they were sharing a $3,000-per-week Bondi apartment, allegedly funded by the proceeds of the transactions.

Jurors heard Hartman was forbidden from trading Australian shares because of his role at Orion.

The firm had $6 billion in funds under management, including on behalf of super funds.

Trades were made in the name of Curtis’s company, Encounter Investments, through CMC Markets.

The court was told Hartman provided the inside information using a messaging technique called “pinning” on a Blackberry device that Curtis had bought for him.