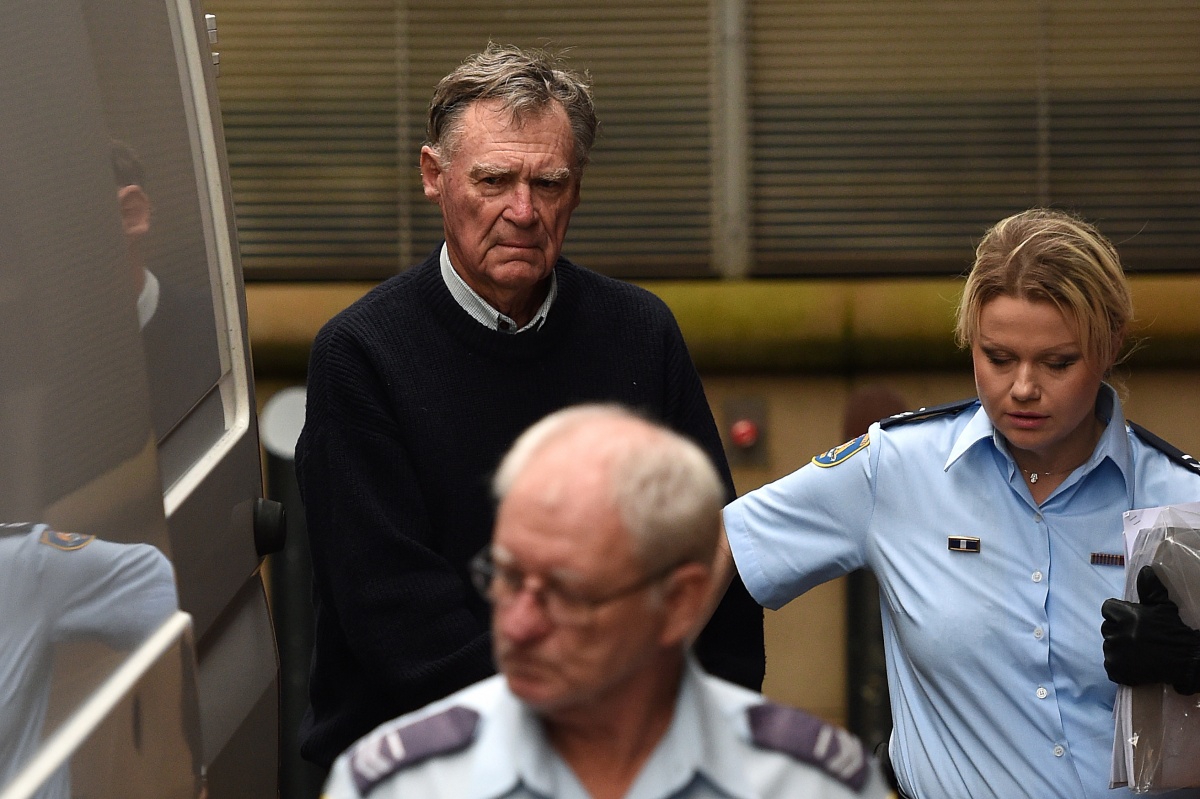 Farmer Ian Turnbull seemed to think his advanced years could help him get away with murder.

But the 81-year-old will almost certainly die in jail for the cold-blooded gunning down of a NSW environment officer during a protracted and terrifying ordeal.

In his battle with authorities over clearing land illegally, Turnbull previously told two other officials he was an old man and “there’s not much you can do to me”.

In sentencing, Justice Peter Johnson told the Supreme Court in Sydney that the 81-year-old intended to kill Mr Turner.

But the “old-style” farmer was jailed for at least 24 years for murdering Glen Turner, 51, and detaining his colleague, Robert Strange, for advantage on July 29, 2014.

In setting a maximum term of 35 years on Thursday, Justice Peter Johnson acknowledged it was almost a “de facto life sentence” but stressed no lesser time was appropriate for the crimes.

Expressing family relief at the sentence, Mr Turner’s sister, Fran Pearce, said: “We hoped he would die in jail, to be honest, because Glen didn’t get a chance to go home to his family”.

Turnbull confronted the two Office of Environment and Heritage employees as they carried out compliance work near the farmer’s property at Croppa Creek in the state’s north.

For more than 20 minutes he held them at gunpoint, accusing Mr Turner of persecuting the Turnbull family saying “the only way you are going home is in a body bag”.

Using his .22 pump-action rifle, he shot Mr Turner twice, ignored Mr Strange’s desperate pleas to stop, and fired a third shot as his bleeding victim made a desperate dash for safety.

“The events … left Mr Turner dead and Mr Strange shattered by a prolonged and terrifying event,” the judge said.

He found Turnbull was motivated by a “desire for retaliation or revenge” because he believed Mr Turner had been interfering with his efforts to clear and develop two properties for farming.

The pair had had no contact in the two years before the murder, but Mr Turner’s name was on a court document received by Turnbull relating to his breaching the native vegetation act.

The farmer pleaded guilty to manslaughter but the NSW Supreme Court jury rejected his defence of substantial impairment due to severe depression.

The judge agreed, while accepting that Turnbull had been under significant pressure due to the litigation and had an adjustment disorder.

The fact that Mr Turner and Mr Strange were public officials doing their job made the crimes particularly serious, he said.

People needed to be discouraged “from taking the law into their own hands to punish, let alone kill, public officials who are entrusted by our community to enforce the laws of the State”.

He also noted that “the courts have made clear that age is not a licence to commit an offence”.

Outside court, Alison McKenzie, Mr Turner’s partner and mother of their two young children, praised the judge’s comments, saying it was justification for the two victims.

“(Rob Strange) is going to suffer for the rest of his life by what he saw and what he tried to do,” she said.

Disease concern for survivors of Afghanistan earthquake
Steve Smith confirmed as starter for first Test against Sri Lanka
Matildas will be keen to forget 7-0 drubbing by Spain
Upcoming stats will reveal where and how hard rates are hitting economy
Victorian MPs pocket a tidy 2.75 per cent pay raise
Reserve Bank review isn’t a ‘get the governor’ exercise: Jim Chalmers
Two men charged over brutal death of Lynette Daley
Today's Stories

Farmer gets 35 years for murder