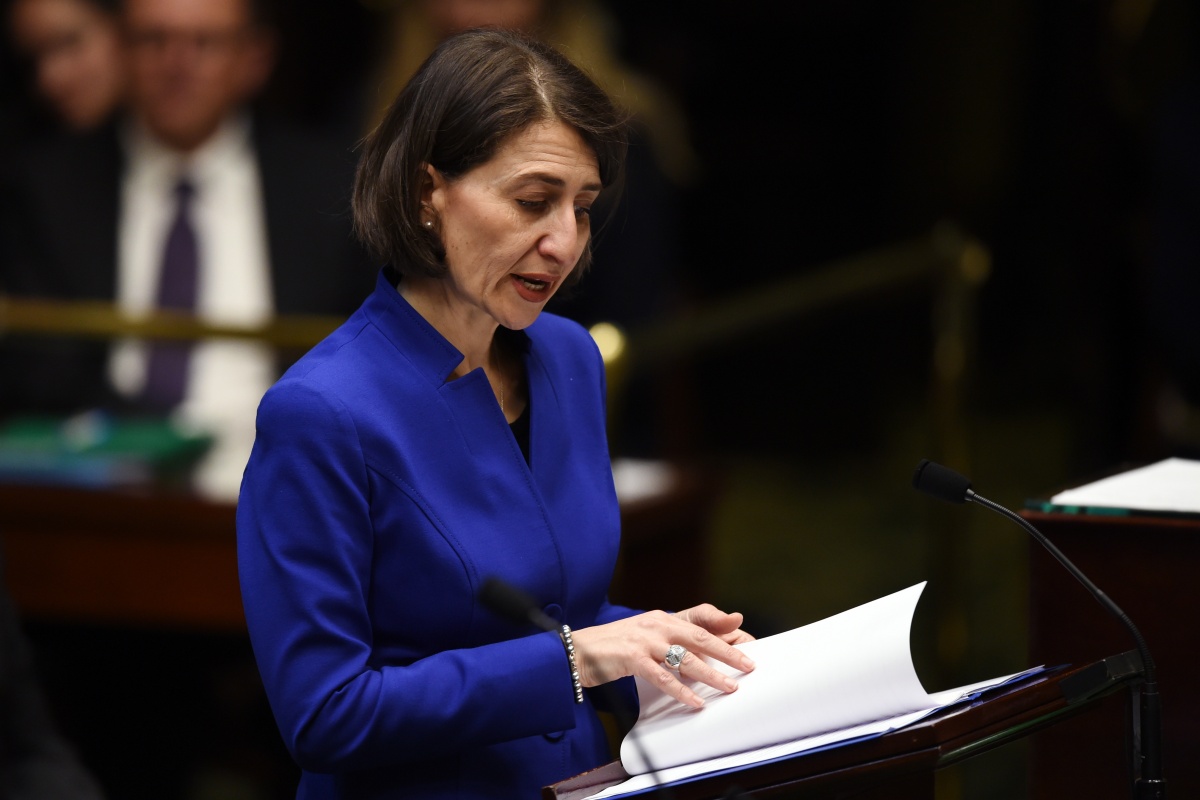 The NSW government is predicting a $3.7 billion surplus for the 2016-17 financial year after delivering a budget with plenty for schools and commuters, but little joy for beleaguered first home buyers.

Treasurer Gladys Berejiklian pledged an additional $1 billion for public schools in her second budget on Tuesday, to build new schools and an extra 1100 classrooms to meet increasing enrolments.

New schools, all located in Sydney, will include Smalls Rd, Ryde and North Kellyville, as well as a senior campus in Crows Nest, with more to be announced in the coming months.

“The schools receiving the money are the ones most in need,” Ms Berejiklian said.

She said $1 billion had also been set aside for a new fleet of suburban trains in order to meet growing commuter numbers.

As previously announced, the budget fully funds the stand-alone Sydney Metro project, which is forecast to cost up to $12.5 billion.

A total of $16.9 billion has been devoted to road and transport projects, including WestConnex and NorthConnex, as well as upgrades to the Princes and Pacific highways.

There is no stamp duty relief for homebuyers, with Ms Berejiklian citing declining growth in stamp duty revenues over the coming years.

Ms Berejiklian said additional handouts for first home buyers could be counterproductive because they might skew the market.

New measures to discourage foreign property buyers could help keep price growth in check, with the previously announced 4 per cent stamp duty surcharge to be applied to foreign investors, as well as a 0.75 per cent land tax surcharge.

Ms Berejiklian said a record 70,000 new dwelling approvals would also improve supply and improve housing affordability, but admitted the government needed to do more to improve the situation.

“I make no bones of the fact that it’s one of the biggest challenges facing residents in NSW,” she said.

The health budget includes a modest 5 per cent increase in recurrent spending to push it to a new high of $22 billion.

A total of $1.6 billion will be spent on hospital upgrades, including Westmead, Dubbo, Lismore and Tweed, while $375 million will be made available to fund extra emergency department visits and additional elective surgeries.

Another $120 million will be spent on extra nurses and allied health professionals.

There was no money for a major upgrade at Nepean hospital, which doctors say is desperately needed.

“We would love to bring forward construction of every single hospital project we have on the go … but we have to make sure that what we’re spending is manageable,” the Treasurer said.

While NSW’s net debt is virtually zero, Ms Berejiklian is predicting tougher times ahead due to declining GST revenue.

“We are the victims of our own success,” she said. “That is the biggest challenge for us.”

• $1 billion for a new fleet of suburban trains

• No new measures for housing affordability