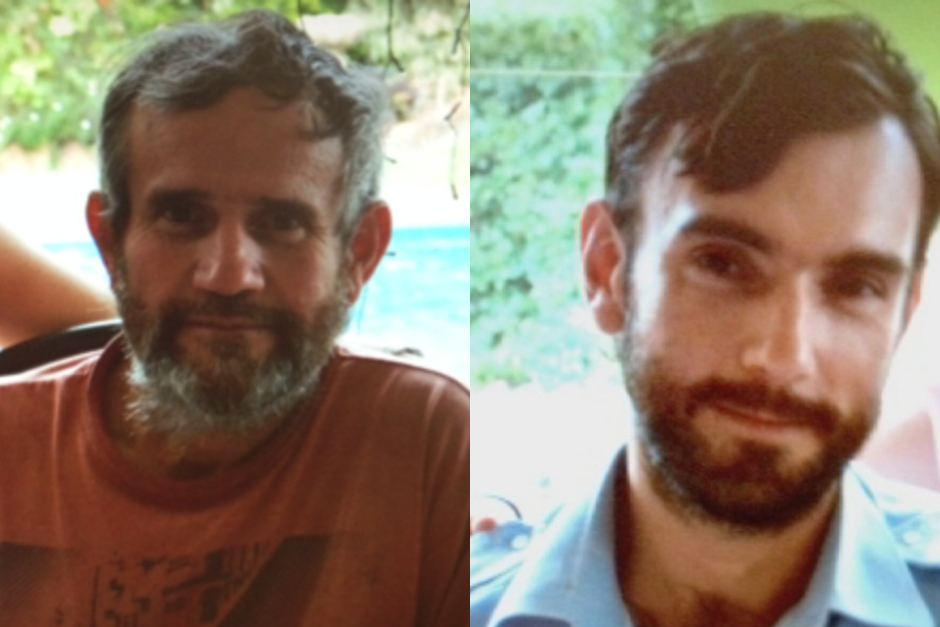 The family of murder victim Rosario Cimone have described the Stoccos' actions as "cruel and callous". Photo: AAP

Father and son Gino and Mark Stocco, who were involved in a shoot-out with police that led to a two-week manhunt across three states last year, have pleaded guilty to murder.

The pair was arrested after a man was killed on a property near Dunedoo in central-western New South Wales in October.

The arrests followed an extensive police search after the men shot at officers near Wagga Wagga.

They have been charged with more than 30 offences including the murder of Rosario Cimone.

Appearing by audio-visual link in Dubbo Local Court this morning, both men also pleaded guilty to two counts of shooting to avoid apprehension, and one charge of arson.

The crown has dropped charges of attempting to murder police.

In all, the men were on the run for eight years.

The pair have been committed for sentence in the Sydney Supreme Court in August.

A police operation involving officers from multiple commands located the pair after a suspicious vehicle was spotted in the Goonoo State Forest two days before their arrest.