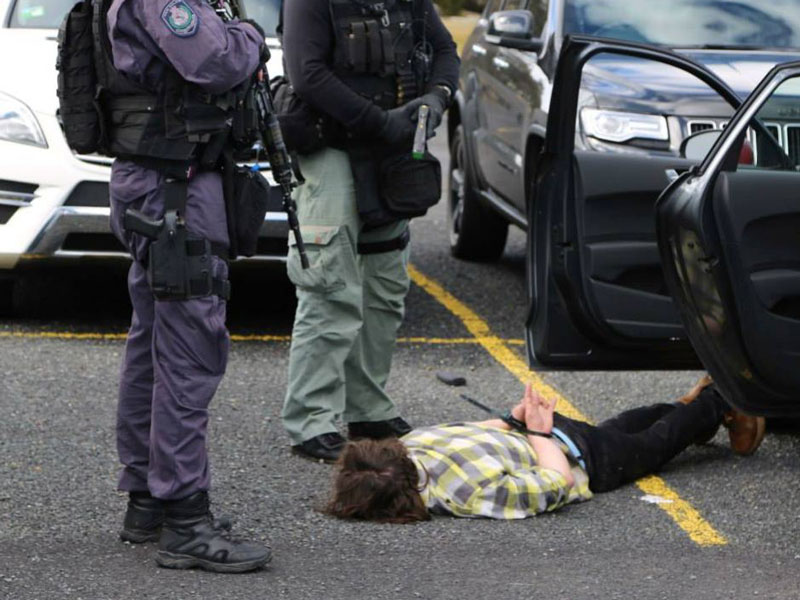 A professional snowboarder and an international skiing competitor have been jailed for dealing large quantities of ecstasy, cocaine and ice in the New South Wales Snowy Mountains.

Benjamin Adam Miles, 25, and Julian Edward Abraham, 26, were sentenced to eight years and four-and-half years respectively for their part in a drug supply ring which operated in Jindabyne during the 2015 snow season.

Miles, who founded the clothing label Snowbones and has travelled overseas to compete professionally in snowboarding, pleaded guilty to five counts of supplying drugs worth $300,000 between July and August 2015.

The New South Wales District Court heard Miles sold large commercial quantities of ecstasy, cocaine and ice, which he told customers to refer to as “cheeseburgers”, “drinks” and “fries” when they placed their orders.

“He joked that if all three were ordered, it would be a meal deal,” Judge Phillip Mahony said in sentencing on Friday.

The court heard Abraham had known Miles for seven years, through their involvement in snow sports. Abraham had been sponsored to compete as an international skier and met Miles on one of his overseas trips.

Abraham told the court he transported the drugs from Canberra to Jindabyne and was only paid by way of drugs, to support his habit.

The pair were arrested in the car park of the Bullocks Flat Ski Tube Station on August 27.