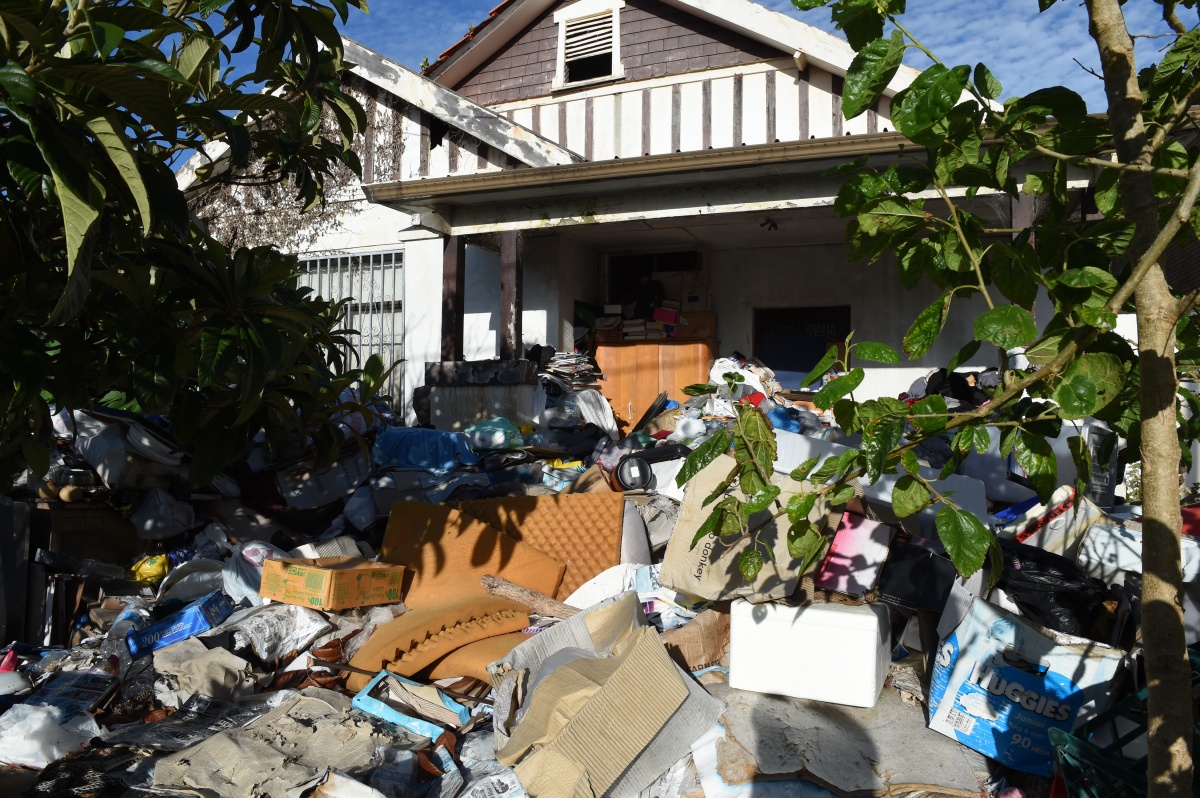 The Bondi home of a family of notorious hoarders will be forcibly sold at auction to recover an estimated $160,000 in outstanding cleanup costs and legal fees.

The home, located on upmarket Boonara Avenue just a short walk from the famous beach, is almost buried beneath stinking rubbish, allegedly spreading rats and cockroaches throughout the area.

Despite its condition, selling agent Ric Serrao from Raine & Horne is predicting a price of around $2 million when it goes under the hammer.

He said the auction was scheduled for Thursday night, but the occupants were granted a last-minute stay on proceedings.

“We got a call from the Sheriff’s office at 5:10pm, the auction was scheduled for 6 o’clock, saying that the Bobalas family did get a stay on proceedings and it’s back in court tomorrow morning,” Mr Serrao said.

The successful buyer will still be responsible for clearing the mountains of rubbish at the property, as well as removing the current tenants.

Waverley Council has been fighting with the Bobolas family for 26 years over what it describes as “major public health and safety problems associated with the continual hoarding”.

But the residents at 19 Boonara Ave have caused problems for the local council and neighbours for more than two decades.

There have been 15 large-scale cleanups at the property in that time – at a huge cost to ratepayers.

Protracted legal battles have ended here, with the property being forcibly sold to recover $160,000 in cleanup and other costs.

Waverley council released a statement saying the property was a “a public health and safety issue for the family and for the nearby residents”.

“There continues to be specialist support services on offer to the Bobolas family and we very much hope they choose to accept that support,” the council said.