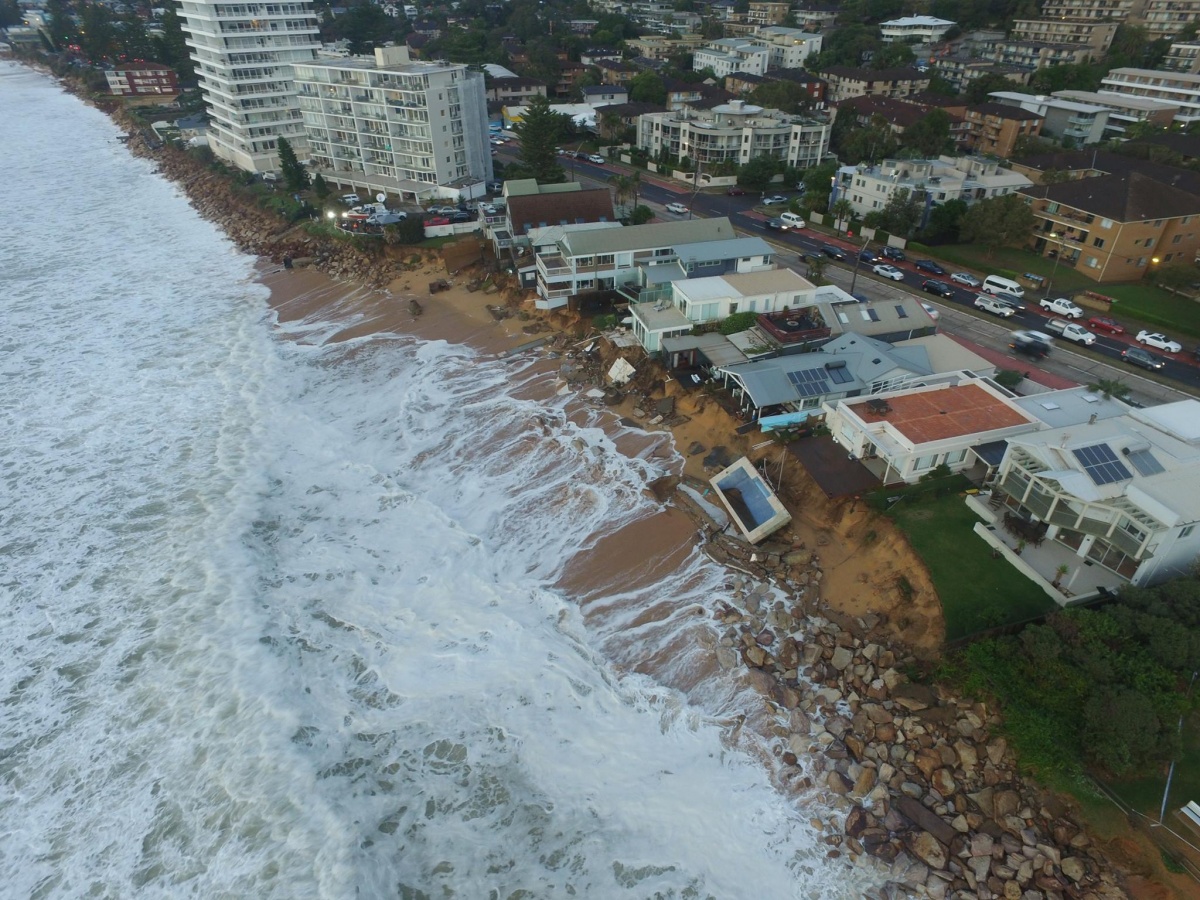 Emergency and volunteer workers from all over Sydney formed a human chain, passing sandbags down the line to build a protective wall at Collaroy Beach last night, as a king tide threatened dozens of teetering beachfront properties.

Two apartment blocks and more than a dozen homes on the verge of sliding into the sea were sandbagged by hundreds of volunteers right up until the high tide hit just after 10pm.

More than 10,000 sandbags were filled and turned into temporary retaining walls.

It was the fourth night in a row of high tides and waves this powerful at Collaroy Beach.

Saturday and Sunday night’s storms ripped apart the coastline, eroding up to 50m of beachfront land.

Monday night’s storm surge saw a further five metres of sand slip into the sea, exposing the foundations of homes and apartment buildings.

Another damaging high tide was last night and surf lifesaving clubs across Sydney put out a call for more volunteers.

SES spokeswoman Heidi Groom said it was a last-chance effort before the tide came up.

“If we can do everything we possibly can before the high tide tonight, this is our chance to save these properties. Just give it the best shot before the tide comes up,” she said.

“Basically they’ve packed the sandbags in along what was the exposed sand in an attempt to stabilise that sand, and as these waves come in, what we’re hoping is that they will just hit the sandbags and that will prevent the sand behind from washing away.”

As the waves got bigger, human chains formed, passing sandbags straight to the beach.

The high tide came with waves like battering rams but the sandbag wall held.

Volunteers came from all over Sydney to help

Ms Groom said volunteers came from all across the city.

“I’m blown away — the number of people that have just turned up tonight to help,” she said.

Volunteers were left exhausted, but happy with the night’s work.

Ms Groom said large rocks would be used this morning to strengthen the storm-affected shoreline.

“There will be a large number of trucks coming into this site carrying boulders that are going to be put along the beachfront to attempt to prevent more erosion as well,” she said.

“They will actually be large tip-trucks that will be coming and pretty much backing up and emptying the rocks over the edge or as close as they can.”

The SES said the operation may cause disruptions along Pittwater Road.

Hundreds fight to save homes