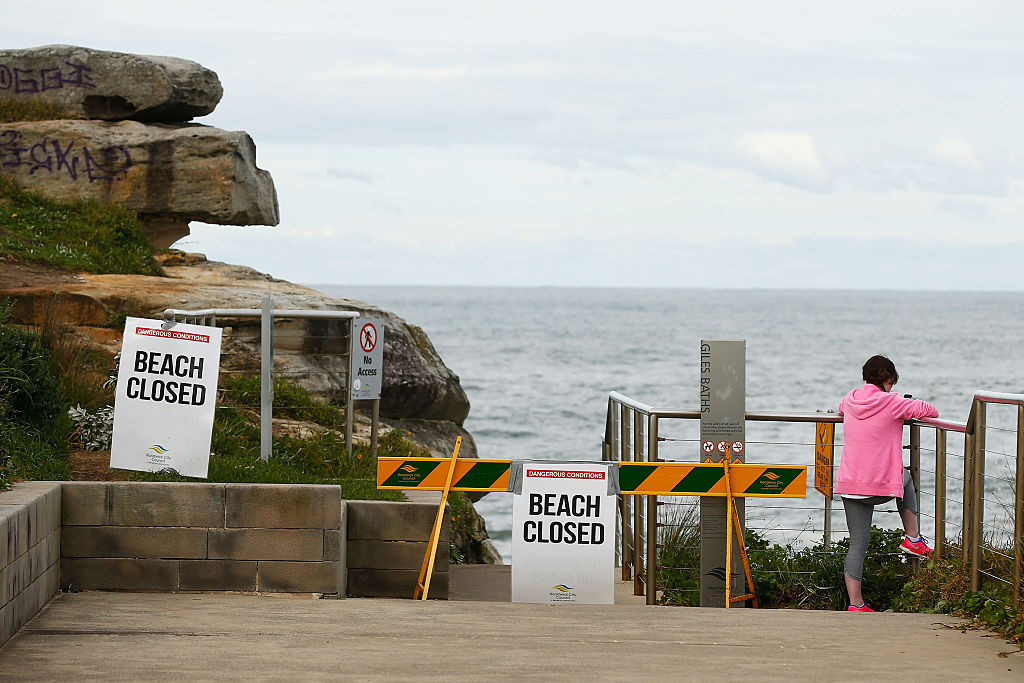 Police have found the body of a woman in the eastern Sydney suburb of Dover Heights.

Sky News reported the woman’s body was found on Tuesday afternoon, making her the fifth confirmed death during the wild weather that has engulfed Australia’s eastern coast since Saturday.

The body was located about 100 metres from the shore, according to police. The body has not been formally identified.

The body, of the woman believed to be in her twenties, was found during the search for another man who was swept out to sea at Bondi Beach on Monday afternoon.

Police were forced to call off the search for that man when night fell on Monday.

It was not known whether the man had purposely jumped in the water off the Bondi rocks or whether large waves had swept him in.

The woman’s body is the third to be retrieved from waters in NSW since a low pressure system brought heavy rain, damaging winds, flood waters and huge swell to Australia’s east coast.

It is unclear whether the woman’s death is related to the bad weather.