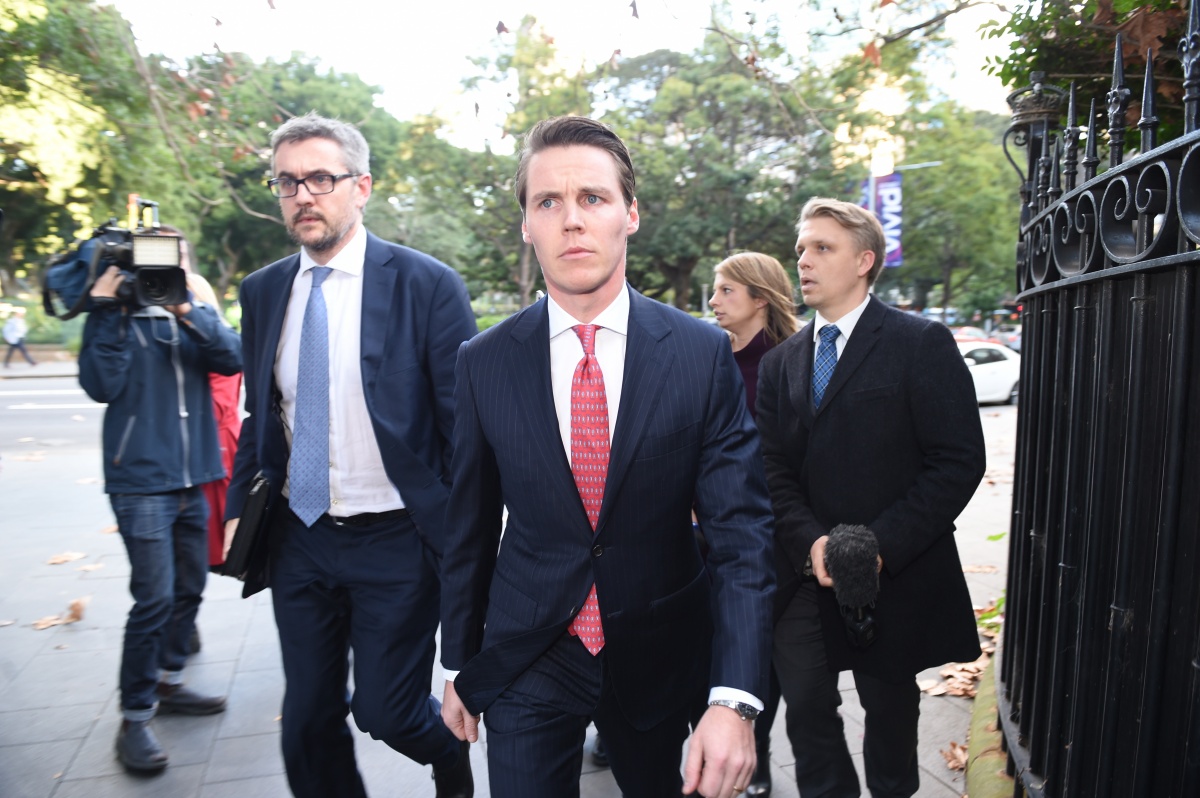 The 30-year-old shared in $1.4 million in illegal profits from insider trading using confidential information between May 2007 and June 2008.

Curtis’s bail has been continued and sentencing submissions in the matter will be heard on June 17.

He appeared composed as the verdict was handed down.

His wife Roxy Jacenko, the founder of the Sweaty Betty PR agency, who has supported him throughout the trial, dabbed her eyes with a tissue when the verdict was read.

Prosecutors said Hartman, who worked for Orion Asset Management, told Curtis when to buy and sell “contracts for difference” and at what price, using information not available to the public.

The court was told Hartman provided the inside information using a messaging technique called “pinning” on a Blackberry device that Curtis had bought for him.

The friends were said to have shared the proceeds of the transactions.

The trial heard Hartman and Curtis grew up in neighbouring homes in Mosman, on Sydney’s north shore, and went to school together.

Hartman told the court the pair were “best friends”, and described how they hatched an illegal plan in 2007 to use Hartman’s position at Orion to profit from buying and selling shares.

He was himself jailed in 2010 and served a 15-month prison sentence for insider trading and related offences.

At the time of the trades, they were sharing a $3,000 per week Bondi apartment, allegedly funded by the proceeds of the transactions.

The jury was told Hartman was forbidden from trading Australian shares, because of his role at Orion.

The firm had $6 billion in funds under management, including on behalf of super funds.

The trades were made in the name of Curtis’s company, Encounter Investments, through CMC Markets.

Market misconduct pursued ‘no matter how long it takes’

“It reinforces ASIC’s commitment to pursue complex market misconducts such as these, no matter how long they may take, or how vigorously they are defended,” Mr Savundra said.