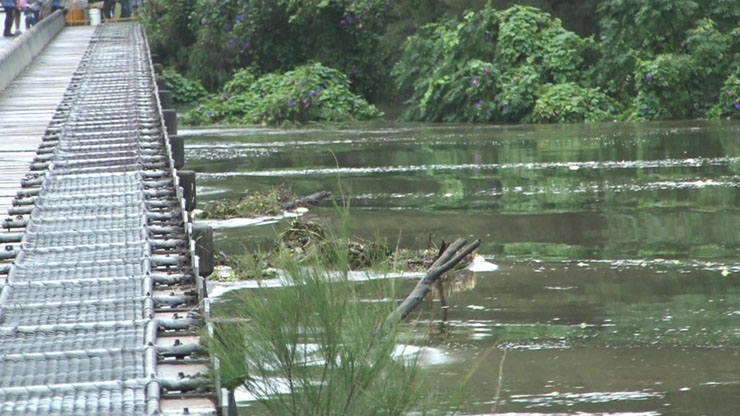 Police have recovered the body of a four-year-old boy who drowned in a ute that became submerged in the Hawkesbury River, north-west of Sydney.

Officers said the ute, being driven by the boy’s grandfather, was reversing a boat into the river when the vehicle slid into the water.

The driver had gotten out of the vehicle in order to get the boat into the water.

“He got out of the car to get a small tin boat off the back of the ute,” Inspector Ian Woodward said.

“A young four-year-old child was seated in the cabin of the vehicle.

“As the man got out to unstrap the tin boat, the ute rolled back into the Hawkesbury River and he was submerged.

“The man made frantic efforts to try and get the boy out of the vehicle but he was unsuccessful.”

The incident happened about 10:45am at the boat ramp of a caravan park on River Road in Lower Portland.

“The child’s family and a number of police officers went into the water to try and recover the vehicle and the child but they were unsuccessful in their attempts,” Inspector Woodward said.

The boy’s family was on holiday in the area and is now devastated, he added.

Crews had been trying to locate the submerged vehicle for several hours but said it had moved with the current.

Teams from Hawkesbury Local Area Command, PolAir, NSW Ambulance and the SES were involved in the search.

The boy’s grandfather is speaking to police.