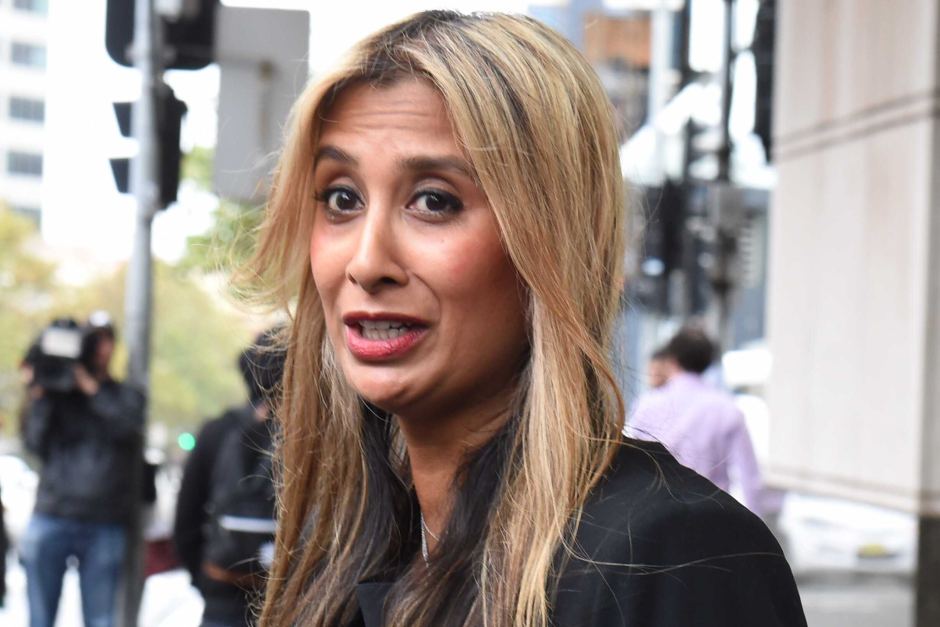 Sydney siege survivor Selina Win Pe said the hostages felt like “sitting ducks” who were fighting for their lives during the 17-hour ordeal.

Ms Win Pe, who was pregnant at the time of the siege, has told an inquest her life was dramatically changed by the ordeal, which she described as a “soul destroying experience”.

She said the hostages felt like they had been left alone to die.

“Every moment we were under threat,” she said.

Ms Win Pe said when police stormed the building in the December 2014 stand-off she remembered thinking “please kill him”.

She said she earlier heard gunman Man Haron Monis tell someone to get down on their knees and then heard a male voice say “oh my God”, which she thought was “a dire and frightened last cry for help” from cafe manager Tori Johnson.

Mr Johnson was then fatally shot in the back of the head by Monis.

Another hostage, Katrina Dawson, died after being hit by shrapnel and Monis was killed by police.

The inquest heard the gunman forced Ms Win Pe to contact the media to pass on some of his demands.

Ms Win Pe said the gunman also made her call triple-0 to demand the Martin Place lights be turned off.

Ms Win Pe said Monis “got off on” making contact with the media during the stand-off.

She said the gunman seemed to get a sense of power when one radio employee asked if he was “Sheik Haron”.

She said he told other hostages to applaud her after some of the phone calls because he “wanted action” and liked the fact she had made contact with the media.

Ms Win Pe said he asked the hostages to call him “brother” and although it was difficult, they all did.

During her evidence she often referred to him as “the brother”.

Ms Win Pe said at times during the siege she could clearly see police snipers outside the Lindt cafe building and she presumed Monis saw them too.

She told the inquest she felt isolated after the siege, has not been able to work and is now seeing a psychologist.

“It has been a very surreal experience for me,” she said.

‘I did my best to help’: siege survivor

Outside the inquest Ms Win Pe said she was grateful to have had the opportunity to support the families of Mr Johnson and Ms Dawson by participating in the inquest.

“I was determined to do the right thing,” Ms Win Pe said.

“I’m so very grateful to have had the opportunity to support him and Katrina. Two very innocent people, that [their deaths] should just have never happened.

“I really, really, truly do hope that there’s some measurable actions that come out of this.

“There is certainly accountability everywhere and that the Australian people demand, for our own safety, and for our longevity, that actions are put in place so this never happens again.

“It was very, very difficult over those 17 hours and I did my best to help, as much as I could.”

She also thanked the community for their support, adding she was a “very proud Australian”.

“I really want to have an active role where I can … help in some little way, to make sure it never happens to my country again,” she said.

“If we really take a responsibility as a strong, united country and stand in solidarity, and do it for the two people whose lives we lost and in their memory ask and demand that these actions that are recommended are put in place, I don’t see why that can’t happen.”

Fellow siege survivor Julie Taylor broke down in the witness box while talking about the bravery of cafe manager Mr Johnson.

“I believe he could have got himself out of the cafe safely and I admire that he didn’t do that,” she said.

She described him as a model citizen.

Ms Taylor said she often went to the cafe with her colleague Katrina Dawson and another co-worker, Stefan.

She said at the start of the siege Monis agreed to let her and Ms Dawson go because he thought they were “nice”.

But when they got to the cafe glass doors he told them to stop and put their hands up.

Ms Taylor, who was pregnant at the time, said the hostages were facing outwards and she feared being shot in the back.

She said Monis had also threatened to shoot one person for every hostage who escaped and said she could not live with someone being shot because of her.

She said later in the day Monis became aware she was pregnant and treated her differently to the others.

As the night moved on he kept her and Ms Win Pe on either side of him.

She said he also threatened to shoot her colleague Ms Dawson because he thought she had been “communicating with police”.

Previously the inquest heard of fellow hostage Marcia Mikhael’s anger after she heard a negotiator say that then prime minister Tony Abbott was too busy to speak with the gunman.