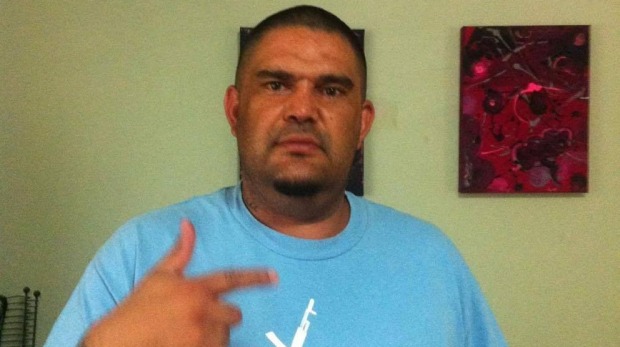 A New South Wales man’s freedom hinges on how scared he was at the time he allegedly inflicted the injuries on a home invader which led to that man’s death, and if his actions were proportional to his fear, a legal expert says.

Benjamin Batterham, 33, was charged with murdering 34-year-old Ricky Slater-Dickson outside his home in the suburb of Hamilton, Newcastle, on Saturday morning.

It has been reported that Mr Slater-Dickson broke into Mr Batterham’s home about 3.30am (AEDT), after which the homeowner, his 32-year-old friend and the alleged intruder became embroiled in a fight.

Police said they found Mr Slater-Dickson being detained by Mr Batterham and his friend, who reportedly tackled and placed the alleged intruder in a headlock.

Mr Slater-Dickson lost consciousness shortly after police arrived and was rushed to John Hunter Hospital in a critical condition. He died at 11.30am on Sunday (AEDT) after his family chose to take him off life support.

Mr Slater-Dickson’s mother, Beryl Dickson, told media outside Newcastle Local Court on Monday her three grandchildren would now grow up without a father.

“They’ve lost their father, their beautiful father that they haven’t seen for years because he was in jail,” she said.

Mr Batterham, who has been charged with murder, did not appear in court or make an application for bail. He was formally refused bail and is due to face court on Tuesday.

What can you do in self-defence?

Self-defence is a possible defence to a murder charge in all Australian states and territories. If the accused uses the defence, then the onus of proof falls to the prosecution to disprove it.

Sydney-based criminal lawyer Andrew Tiedt said that when it comes to the issue of reasonableness, NSW courts look at two issues: the subjective and the objective.

“Subjectively, the court will consider how fearful you were at the time, so if you get paranoid, how scary it was for you at the time and more,” Mr Tiedt told The New Daily.

“Objectively, the court will then look at how reasonable your reaction was in proportion to your fear at the time.”

“Killing someone, for example, would require a significant level of fear, if not a threat to your life.”

No matter how afraid a person is, they “can’t just go around killing someone because they are afraid”, he said.

“Just because someone is inside your house and has threatened to kill you doesn’t necessarily mean you can kill them.”

There are other variables, such as if children were in the house and if the person had experienced a break-in before, that make it difficult to generalise, Mr Tiedt said.

The requirement that actions taken in self-defence be reasonable are broadly similar in the other states and territories.