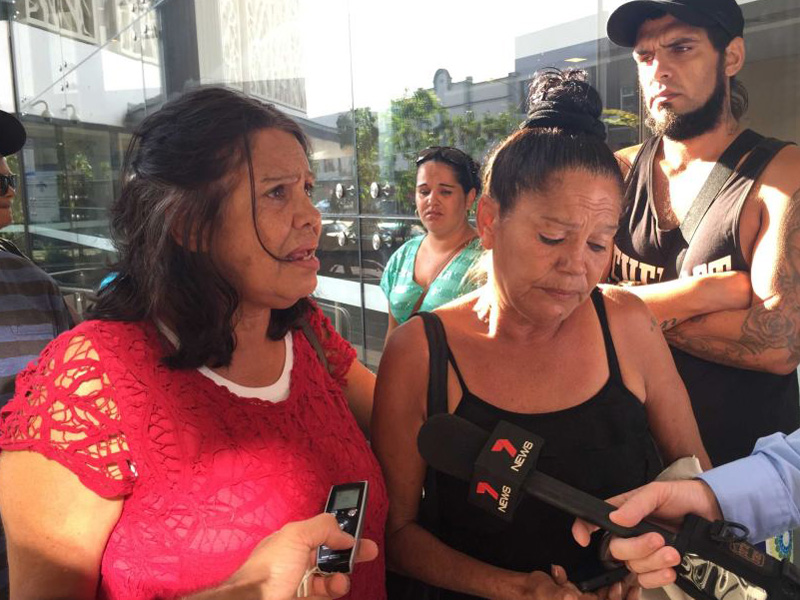 The mother of a man who died after being involved in a fight at a Newcastle home it is alleged he broke into says it is a tragedy for his family.

Benjamin Batterham, 33, remains behind bars after his case was heard in court. He has been charged with the murder of 34-year-old Ricky Slater.

Police said Batterham and another man detained Mr Slater after he broke into a house at Hamilton on Saturday morning.

The suspected thief lost consciousness after police arrived, and was taken to Newcastle’s John Hunter Hospital in a critical condition.

Outside Newcastle Local Court, Mr Slater’s mother Beryl Dickson said it was heartbreaking that her three grandchildren would now grow up without their father.

Mr Slater died when his life support was switched off on Sunday morning.

“They’ve lost their father, their beautiful father that they haven’t seen for years because he was in jail, which has nothing to do with this case,” Ms Dickson said.

“And he got out, and back with his family, travelling between all of his family and my family.

“Just to think those little kids are going to grow up without a dad now.”

Ms Dickson said she had wanted to say goodbye to her son.

“Doctors took him down for a scan yesterday, found no oxygen was in his head,” she said.

“They showed me photos of his head, and pronounced him dead at 11:23am yesterday.

“I was telling him to get up or open his eyes, and he wouldn’t; I just wanted him to open his eyes and talk to me.”

Batterham was originally charged with recklessly inflicting grievous bodily harm, but on Sunday afternoon, the charge was upgraded to murder.

He chose not to appear in court this morning, and did not apply for bail.

Bail was formally refused and Batterham will face Newcastle Local Court on Tuesday.