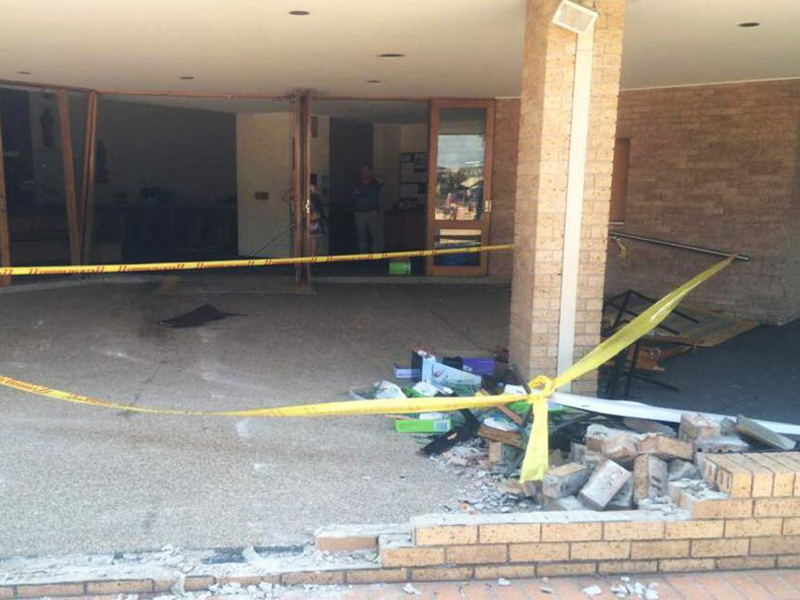 A parish priest says it is an “Easter miracle” no one was seriously hurt when a car ploughed into a congregation stood outside a Sydney church after mass.

Two people were taken to hospital as a precaution and three others received minor injuries when the vehicle crashed through the crowd and into the foyer of the Baulkham Hills church.

Police said the car ran off the road and into Our Lady of Lourdes church about 11:00am.

A 78-year-old woman drove into the churchgoers who were standing outside the building after the end of an Easter Sunday service, police said.

The hatchback she was driving hit a large pot plant and went over a brick fence and through the door, damaging pews inside the building after crashing through the building’s glass door.

Parish priest, Father Wim Hoekstra, said he was very distressed for the people who were involved, especially the driver.

“She was in a real state of shock, that’s sort of what worries me a little bit more,” he said.

“The damage was only bricks and water and glass, thank God that no-one else was seriously injured.

Another Easter mass, held for the Korean community, that was set to take place moments after the crash was eventually held in a different part of the building.

“We’re grateful to God that things weren’t worse than they could have been,” Father Hoekstra said.