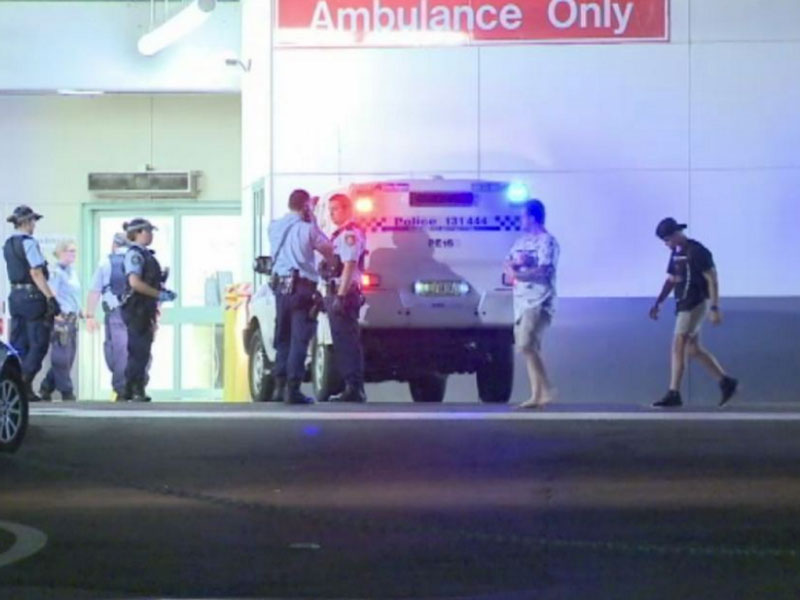 Nursing staff at a Sydney health service have been praised for their heroic efforts to maintain order as gunshots rang out in a busy emergency department.

About 10.30pm on Tuesday, the Nepean Hospital became the scene of an armed attack, as police were called to the premises after they received reports of a man threatening a doctor with scissors.

A senior constable from the dog unit, reportedly Luke Warburton, was the first responder, but in a struggle that ensued the offender allegedly grabbed a firearm, shooting the officer in the upper leg, while a security guard was shot in the calf muscle with the same bullet.

The officer was in hospital on Wednesday in a serious, but stable condition, but reports have suggested it could have been much, much worse.

An act of heroism was believed to have saved the life of the senior constable.

A source confirmed to The New Daily that first aid applied by the security guard on duty – named by AAP as Barry Jennings – may have saved the police officer’s life.

Mr Jennings, 48, was also injured in the incident.

It is understood Mr Warburton, 38, sustained an injury to an artery in his thigh, and without immediate pressure on the wound and the assistance possible in a hospital, it was unlikely he would have survived.

Witnesses to the incident described a chaotic scene at the department, calmed by the expert response of hospital staff.

“I heard a woman screaming quite hysterically. Then following that there was some gunshots,” local resident Jodie Bennett, 39, told the ABC.

“What I saw was blood. Lots of blood on the floor.

“The response was excellent. The nursing staff were brilliant. They were very quick to act.

“As soon as I heard the screaming I heard very clearly nursing staff call the police, call security. They were on the ball really quickly.”

Nepean Hospital confirmed counselling was offered to the staff involved.

“Counselling and other assistance is being provided to staff and we are continuing to contact patients and visitors who were in the Emergency Department at the time,” it said in a statement.

Man charged with ‘intent to kill’

A 39-year-old man was arrested at the scene and taken to Penrith Police Station. He was later charged with shooting with intent to murder, discharging a firearm with intent to resist arrest, and detain for advantage.

The accused was once a registered nurse at Sydney’s Westmead Hospital, and was reportedly taking time off from work.

He was arrested and charged with offences in the Colyton area earlier on Tuesday, but was granted bail before being taken to Nepean Hospital for treatment for injuries sustained prior to the violent attack.

The 39-year-old was due to face Penrith Local Court on Wednesday, but was deemed medically unfit to appear and was brought back to Nepean Hospital.

He is due appear in front of a magistrate on Thursday.

Health Services Union secretary Gerard Hayes described emergency departments as “more and more like battle grounds than areas of care”, particularly due to the violence associated with some forms of drug addiction.

He said the latest attack indicated a need for improvements to security practices in hospitals and increased powers for security personnel, including to restrain and detain violent patients.

“We have seen (this) over the past many years… a nurse was killed in Bloomfield Hospital, we’ve seen the riot squad called to RPA hospital six months ago – this has been an ongoing issue,” he told reporters.

“As I said before, with the introduction of drugs like ice, with the ability to have alcohol-fuelled violence, we do not need communities to come to the hospital as visitors and then become patients.”