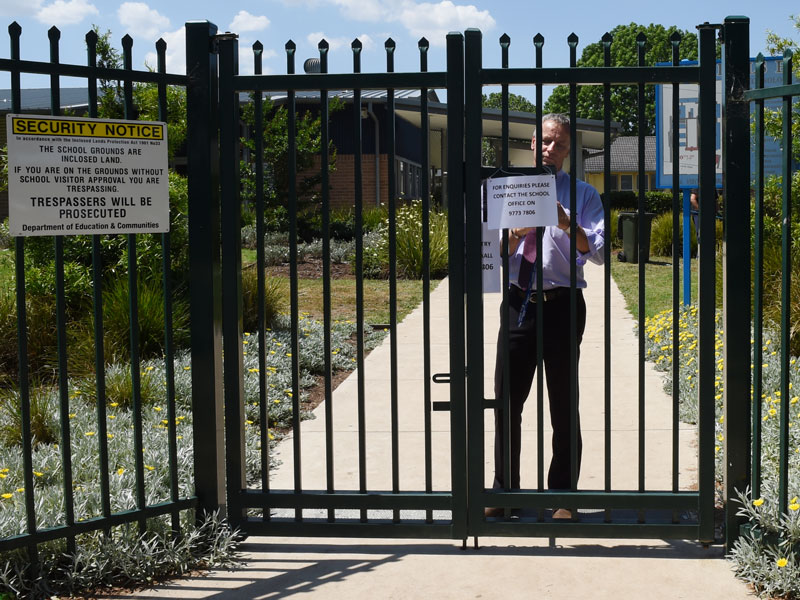 NSW police sent officers to the schools as a precaution.

• US school shooting plot foiled
• What motivated a 15-year-old schoolboy to kill?
• Muslim boy, 14, arrested in USA for making clock

In a statement earlier in the day, a NSW Police spokesperson said they were “aware of threatening information made on social media”.

“Police will investigate the posts and are reminding members of the public that it is an offence to post threatening or violence inciting messages on social media sites,” the spokesperson said.

A NSW Department of Education spokesperson confirmed “security measures” were being taken in both locations.

“The schools are working with NSW police with their investigation,” they said.

“Parents contacting the school are being told that their children are safe but they can collect them if they want to.”

The words ‘ISIS r coming’ and ‘ISIS beheads’ were scrawled on a wall of the school.

The lockout ended at the end of the school day, The Daily Telegraph reported.

Schools in lockdown after suspected threats