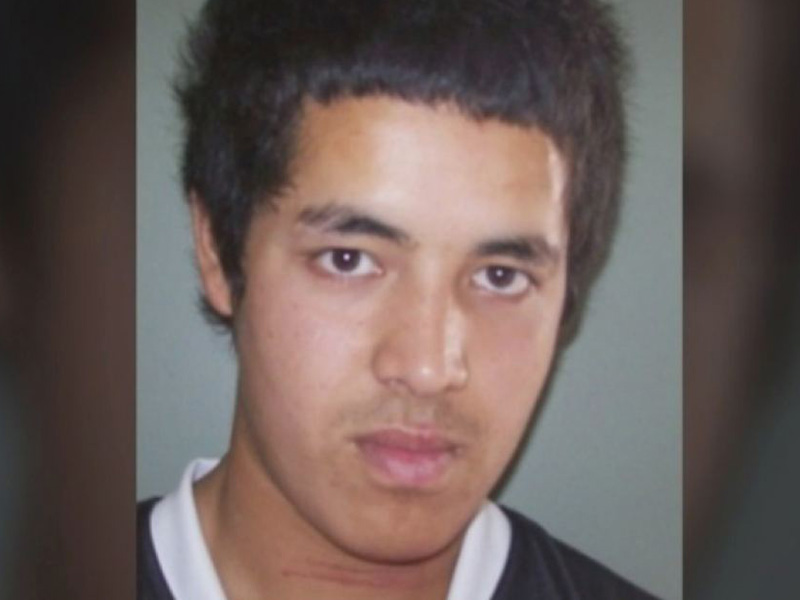 The young men under investigation for involvement in this month’s terrorist shooting at Parramatta were suspected by police of trying to source a gun since at least March.

The revelation is contained in a Federal Court order which was imposed on a Sydney terrorism suspect earlier this year in an attempt to prevent a terrorist attack.

The order prohibits terrorism suspect Ahmad Saiyer Naizmand from communicating with 18 males, including three of the four men arrested a week ago for questioning over the murder of police accountant Curtis Cheng outside the Parramatta police headquarters.

One of them, Raban Alou, 18, has been detained for a week and interrogated about whether he sourced the murder weapon from a notorious Sydney crime family and supplied it to 15-year-old shooter Farhad Jabar, who was killed in a shoot-out moments after the attack.

There are four juveniles on the non-association list, including a 12-year-old boy, who cannot be named due to his age.

“We’re shocked that a 12-year-old is on the police radar for these type of matters” he told the ABC’s 7.30 program.

The interim control order was imposed on Naizmand by Federal Court Judge Rolf Driver in March.

“There is sufficient information Mr Naizmand is communicating with the … group and others in code possibly in relation to the sourcing of firearms,” it states.

“They have a pattern of frequent association. They are in frequent communication, often in relation to matters reflecting their shared extremist Islamist ideology.

“They continue to express support for the terrorist organisation, the Islamic State, or their desire to become a martyr, or to commit jihad.”

Naizmand and other members of the group were detained in Australia’s biggest terrorism raids in September last year over an alleged plot to execute a random member of the public, which was ordered from Syria by Australia’s most senior Islamic State lieutenant, Mohammad Ali Baryalei.

The interim control order says that after the arrest and imprisonment of key members of the group, “Naizmand has been consistently associating with individuals who were previously on the periphery”.

Among the group Naizmand is prohibited from communicating with are two of Australia’s highest-security prisoners, including self-styled radical religious leader Wassim Fayad, who is serving time in the Supermax jail for a brutal 2011 whipping meted out in the name of Shariah law and a failed ATM ram raid which police say was carried out to fund the Syrian cause.

It is understood members of the group have been meeting with Fayad and another Supermax inmate who has been convicted of terrorism offences and who cannot be named for legal reasons.

Government officials told 7.30 the men were believed to have encouraged the young men’s belief in waging violent jihad.

Mr Colvin acknowledged the links between terrorism and organised crime.

“We have to work on the assumption that there are [links between organised crime and terrorism],” he said.

“However, what we’re working very hard is to close down those links and to restrict access to firearms or other weapons that might be able to be used.”

Naizmand slipped the police net last August when he managed to fly to the Middle East on his brother’s passport. He was stopped in Dubai and returned to Australia.

A month before Naizmand was arrested in last year’s raids, he managed to slip the police net, using his brother’s passport to fly to the Middle East. He was stopped in Dubai and returned to Australia.

The Federal Government revealed yesterday it is planning to lower the age at which control orders can be applied from 16 to 14.