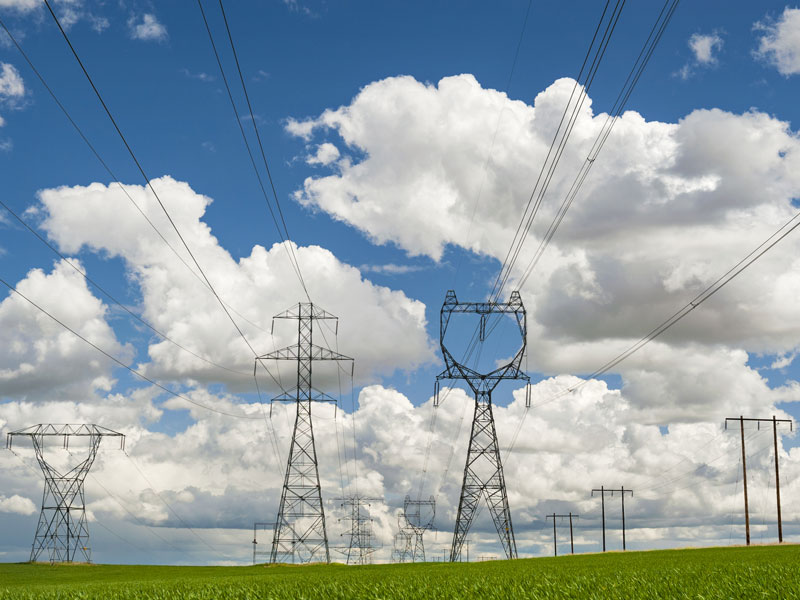 Renewable is not a dirty word in the tiny New South Wales town of Tyalgum. In fact, it is the way of the future.

Home to about 300 people, Tyalgum is at the centre of a project to create the first Australian town powered by 100 per cent renewable energy, with the potential to voluntarily disconnect from the electricity grid.

• Give us renewables, super funds tell the PM
• Canberra is missing the point on renewables
• Energy companies swindle all of us: report

Australian Radio Towers project coordinator Kacey Clifford said plans were in the early stages, but currently looked at two options – the use of renewable power, backed up by the grid, or complete self-sufficiency.

“Being at the end of the grid and so far from a big city the population density isn’t as high and there is not as much priority on maintaining the poles and wires,” she told The New Daily.

“And yet quite a high portion of their bill (an estimated 55 per cent) goes to servicing of those poles and wires, which they do not receive to a certain extent.”

The town’s location, about an hour’s drive north-west of Byron Bay, is part of the reason it is the perfect guinea pig for the project.

“Tyalgum is a small community of 120 households, so it is a very controllable and manageable first step in creating a model to get this moving throughout the country,” she said.

“The community is north-facing and has the perfect climate … and we are on the end of the grid, so if we were to cut the line we are not disrupting anyone else either side of us.”

Although this would help in trialling the concept, there was no reason it could not be applied in other parts of the nation.

The three-year project is still in the early stages and needs a significant amount of funding to come to fruition – anywhere between $4 million and $7 million.

Initially, a crowdfunding campaign will be run, but a more effective model for investment or donation will later be implemented to move the project forward.

But cost is not the only challenge.

Current legislation in NSW could, in fact, deem it illegal.

“It is quite illegal, for example, to throw your extension cord over the fence and share electricity with your neighbour,” Ms Clifford said.

“What we are doing is basically that same concept on a larger scale … there will be quite a lot of sharing going on.”

The legislation that would need to be changed was still being investigated.

A new management system would also need to be devised to oversee the distribution of energy if the town were to become self-sufficient.

‘There are a lot of unknowns’

A “deep-rooted focus” on environmentalism and renewable energy among the town’s population was also a key part to the project’s success, Ms Clifford said.

Community members contacted by The New Daily were largely supportive of renewables, but said many questions still remained on how it would be implemented.

“I think it is a good idea … [but] there are a lot of unknowns … [renewables are] the way of the future, but it is just if it suits every application,” Tyalgum Hotel licensee Paul McMahon said.

He said the hotel required a lot of power to “keep things going” and had refrigerators running 24 hours a day.

“I wish everyone was doing it,” she said.

“I feel the Australian Government is lagging behind other countries.” Small town has ambitious plan to go ‘off grid’