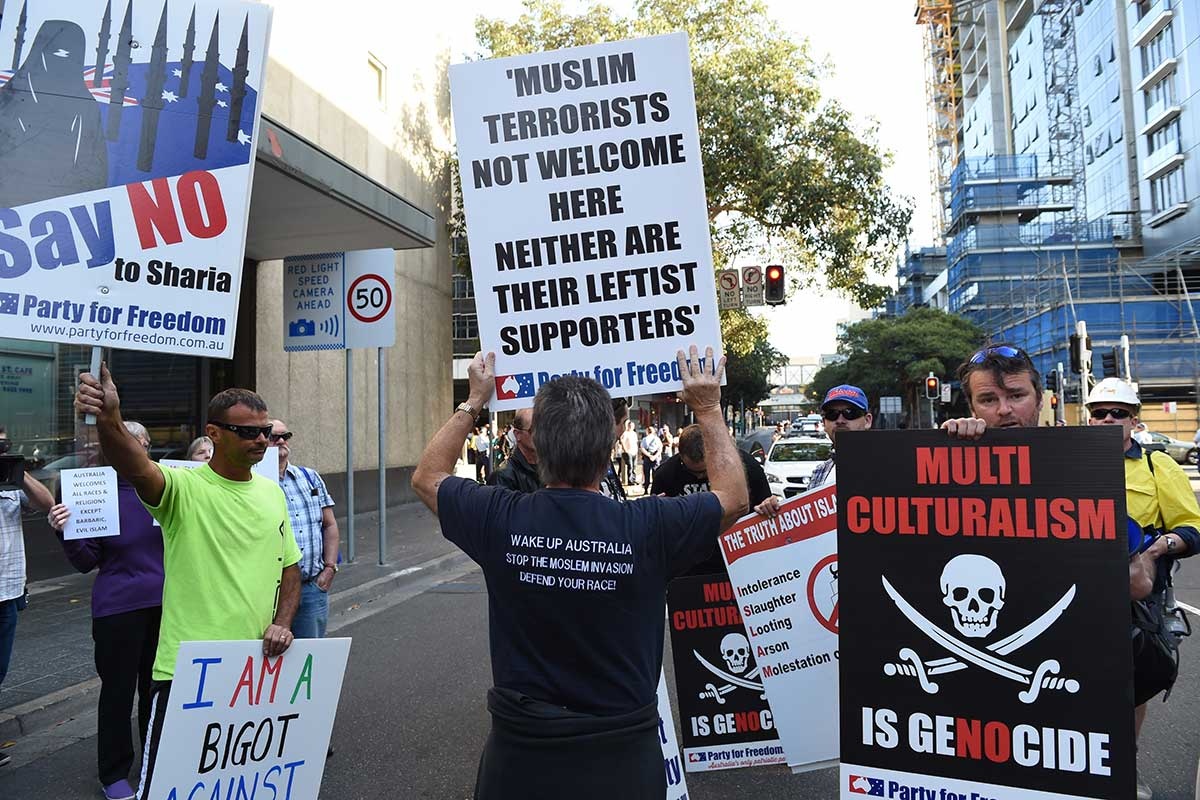 A small group of anti-Islam protesters have gathered outside Parramatta mosque, saying multiculturalism has failed.

About 20 people, linked to the Party for Freedom, waved signs denouncing Islam and said their numbers were low due to traffic problems.

“You hate society,” Party For Freedom leader Nick Folkes yelled at an opposing crowd gathered about 100 metres away.

A strong police presence is keeping the two groups apart.

One of the anti-Islam protesters earlier walked quickly through the anti-racist protest, waving his middle finger.

“We are here to take a strong stand against these kind of views,” a man addressing the anti-racist crowd said.

“These people are Nazis and they should not be welcome on our streets.”

The demonstrations come after NSW police accountant Curtis Cheng was shot dead by a 15-year-old boy, who attended the mosque last Friday just before killing the 58-year-old.